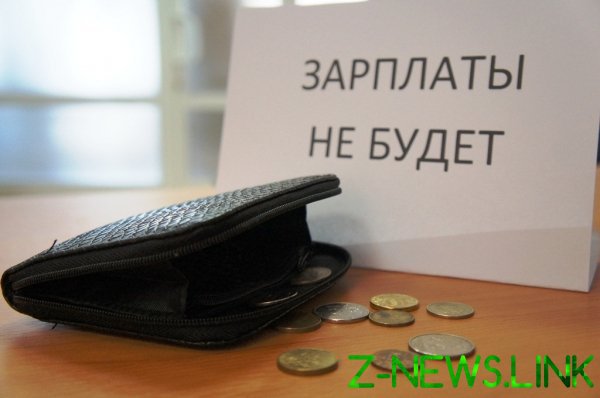 We continue to publish a constant summary of the exploitation of the population due to delays or nonpayment of wages by regions of bourgeois Russia.

Krasnoyarsk Krai:
Experts of the Federal state statistics service in the Krasnoyarsk Kray and calculated the total arrears of wages in the region. Of statistics cited data on the basis of the information presented by organizations that are not small businesses.

All in Krasnoyarsk region there are 29 organizations that need their employees, and for the calendar month which is three more. The main reason for nonpayment is the absence of own funds of economic entities.

Kemerovo oblast:
The debt on a salary before workers of Kuzbass continue to grow.
Kemerovoazot calculated data and published as of March 1, 2020, saying that the wages in Kuzbass amounted to 330,3 million rubles, which exceeds the indicators published as of February 1, 23.2%.

A large part of debt relates to the extraction of mineral resources – 286 million roubles. It is for the month increased by 26.3%. The amount of money that needs workers in the manufacturing industry, far less – 27.3 million rubles, growth in this area is not observed. Workers engaged in the production of machinery and other equipment, delayed salaries, the total of which comes to 10.5 million rubles. Builders have got to 7.3 million rubles.

The employees of the educational sphere for February is not paid more than a million rubles. This situation exceeded the January debt 11 times.

Novosibirsk oblast:
In the Novosibirsk region arrears of wages for February 2020 — as of March 1 amounted to 32.8 million rubles, according to Novosibirskstat. It is noted that 21.5 million roubles have not paid salaries to employees dismissed from organizations in 2019 and informed. Not received in time the money 695. Per employee average by 47.2 thousand rubles of unpaid wages.

Most of its employees were owed JSC “Baikal construction company”, LLC “Posevninskaya plant of special equipment”, JSC “Molkombinat Utena”, CJSC “MTS Horde”. They account for 74% of the total debt.

Kamchatka Krai:
According to the government of Kamchatskiy Krai on March 1, 2020 earned waiting more than 220 people. Debt employers to employees has decreased from the beginning of the year on four million, but still exceeded 20 million rubles, when people will receive the final calculation is not specified. Names of organizations and companies with debts on a salary did not elaborate, but stressed that they are applicable to all forms of ownership. Perhaps in the list of defaulters is as a commercial organization and institutions that receive funding from the budget.

Kabardino-Balkaria:
The Prosecutor’s office of Zol’skiy district checked observance of the labour legislation of the Central district hospital.

It was stated that to pay a salary should not less than every two weeks. The audit revealed a violation of the law of labour law: employees of medical institutions the salary in December 2019 and January 2020 were paid in violation of established legal deadline. According to the results of inspections of the Central district hospital initiated a case on administrative violation for failure to pay within the prescribed period (section 6 of article 5.27 of the Cao RF). In addition, the State labour Inspectorate in the CBD drew the Zol district hospital to administrative responsibility and fined them for 30 thousand rubles.

Rostov oblast:
The Prosecutor of the Proletarsky district of Rostov region carried out an inspection of observance of labour legislation.

It is established that the municipal unitary enterprise “Vodokanal proletarian” has wage arrears and advance payments to 127 employees in the amount of 1.6 million rubles.

Kurgan:
The head of a commercial firm LLC “Uralstroyproekt” was arrested for non-payment of staff salaries. As reported in the SU TFR in the Kurgan region, the Director General for a year not paid labor 34 workers and has accumulated a debt of three million rubles. Thus, according to the investigation, the head of the organization repeatedly received cash large sums of money and did not provide documentation confirming the expenditure on the needs of the organization.

The defendant had systematically avoided participating in the investigation, was hiding from the security forces, independent of the measures to repay the debt was not taken until the detention. Now wage arrears partially paid.

Found that 30 employees of OOO “Quarry South Sokolovsky” not paid salary for January of this year a total of more than 764 thousand.

Nevinnomyssk (Stavropol Krai):
The company has been left without wages for January 2020 54 workers. The total debt amounted to about one million rubles.

For a similar violation paid Nevinnomysskaya organization “Taustal”. The company has not paid salaries to workers since August to October 2018. The amount of debt has grown to 13 million 600 thousand rubles.

Chelyabinsk:
Thanks to the intervention of the Prosecutor’s office paid arrears of wages payable to employees of the construction organizations. SK “Phoenix Grand Prix” – 15 employees of sadalgi salary for December 2019-January 2020 for a total amount of 1.3 million rubles. From open sources it is known that the company belongs to the Deputy of the Metallurgical constituency No. 10 Peter Ishchenko.

Orsk:
At one of the companies the employee worked for free for five months: from September 2019 and January 2020. He owed 125 thousand rubles from June 2018 to January 2019. Investigative agencies of the city according to the materials of the Prosecutor’s office initiated two criminal cases on the second part of the article 145.1 of the criminal code “nonpayment of a salary over two months”.

Ufa:
In Ufa 75 employees of LLC “housing Department №60” received overdue wages in the amount of 450 thousand rubles. As it turned out, such a debt, the leadership of the company was formed in December 2019. For violation of labor law the organization has brought an administrative case.

Ulyanovsk:
The investigation established that in the teplovodoservis in February 2020 in full not in paid employment 59 employees. Resulting in a debt in the amount of 575 thousand rubles.

As always, the results are disappointing. But we’re not here to make someone’s nose to wipe. We display every text, video material, or live the fact that capitalism, as a system of exploitation of man by man, had become obsolete and needed to quickly replace to a new system – socialism. And on the basis of socialism, which you can proclaim, even now, only by abolishing private ownership of the means of production. In the new system, people cooperate to achieve the best result. In fact learn to cooperate now. On the way to the abolition of capitalism. To wrest from the hands of a private owner its power – it is necessary to have a force larger than he has. No rights are bestowed from the sky. To take them personally – it workers.

With you always – News “Icebreaker”.