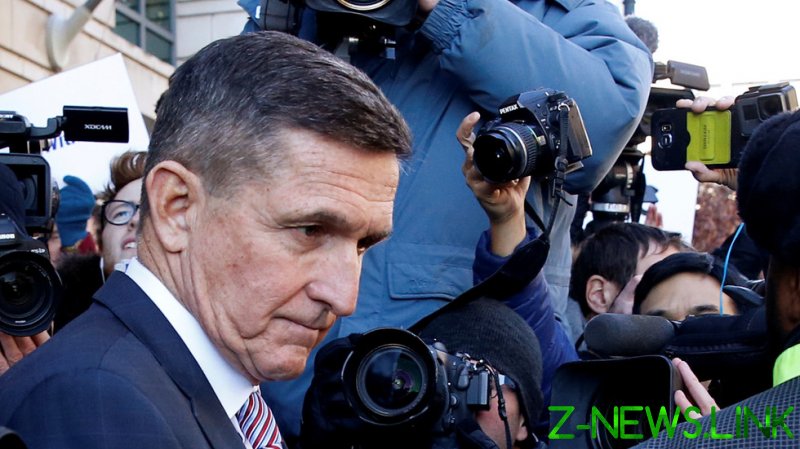 In a 8-2 ruling on Monday, the DC Circuit Court of Appeals sided with Judge Emmet Sullivan, and sent the case back to him for review. Sullivan had been ordered by a three-judge panel in June to drop the case against Flynn immediately, but hired an attorney and asked for an en banc hearing instead.

Flynn’s attorney Sidney Powell said the split was “as expected” based on the tone of the oral arguments, pointing to a partisan divide on the bench, and added it was a “disturbing blow to the rule of law.”

The former top lawyer for the Barack Obama administration, Neal Katyal, hailed the decision as “an important step in defending the rule of law” and argued the case should not be dismissed because Flynn had pleaded guilty.

Flynn had indeed pleaded guilty to one charge of lying to the FBI, but Powell moved to dismiss the charges due to the failure of his previous attorneys – a law firm with ties to the Democrats – and the government to disclose evidence that could set him free. After producing documents revealing that the FBI set out to entrap Flynn, had no valid cause to interview him in the first place, and the prosecutors improperly extorted him into a plea by threatening to charge his son, the Justice Department moved to drop all charges.

Sullivan had other ideas, however. In a highly unusual move, he appointed a retired judge – who had just written a diatribe about the case in the Washington Post – to be amicus curiae and argue the case should not be dropped. It was at this point that Powell took the case to the appeals court, citing Fokker, a recent Supreme Court precedent that Sullivan was violating.

Ignoring the fact that Sullivan had appointed the amicus and sought to prolong the case after the DOJ and the appeals court both told him to drop it, the en banc panel argued the proper procedure means he needs to make the decision before it can be appealed.

One of the judges, Thomas Griffith, actually argued in a concurring opinion that it would be “highly unusual” for Sullivan not to dismiss the charges, given the executive branch’s constitutional prerogatives and his “limited discretion” when it came to the relevant federal procedure, but said that an order to drop the case is not “appropriate in this case at this time” because it’s up to Sullivan to make the call first.

The court likewise rejected Powell’s motion to reassign a case to a different judge.

Conservatives frustrated by the neverending legal saga have blasted the appeals court’s decision as disgraceful. “The Mike Flynn case is an embarrassing stain on this country and its ‘judges’,”tweeted TV commentator Dan Bongino. “We don’t have judges anymore, only corrupted politicians in black robes.”

While Flynn was not the first Trump adviser to be charged by special counsel Robert Mueller’s ‘Russiagate’ probe, he was the first White House official pressured to resign over it, less than two weeks into the job.

With Mueller failing to find any evidence of “collusion” between President Donald Trump’s campaign and Russia, Democrats have latched onto Flynn’s case as proof of their ‘Russiagate’ conspiracy theory. The latest argument is that the effort to drop the charges against Flynn is politically motivated and proof of Attorney General Bill Barr’s “corruption.”

Barr is currently overseeing a probe by US attorney John Durham into the FBI’s handling of the investigation against Trump during and after the 2016 election, with the evidence disclosed during the Flynn proceedings strongly implicating not just the senior FBI leadership but senior Obama administration figures as well.