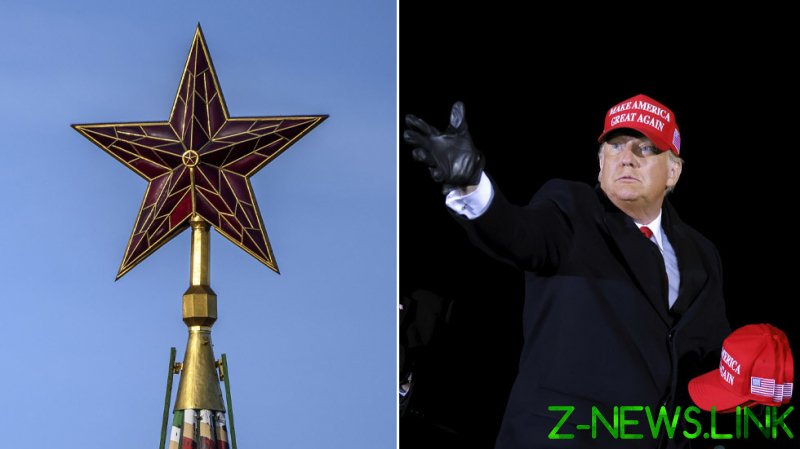 Perhaps I brought it upon myself by moving to the US while being Russian, but it’s cold in the rebooted Cold War. Not a day goes by that I’m not asked continuously to lace all my opinions with a stance on Putin, or even erstwhile Soviet politics.

I usually make my positions abundantly clear and never shy away from criticizing nearly anything that must be criticized while defending what I believe in. And even if the lack of a typical accent fools my interlocutors into thinking I may be from somewhere else, they still somehow work Russophobic or anti-communist jokes into the narrative because that’s part of the culture.

But at times when I’m not directly in the equation, hardly a day goes by that I don’t encounter something against my heritage. Many TV shows, even brilliant ones I otherwise enjoy, will always have a Russian spy character or Russians invading the US. Putin is on everyone’s tongues here more so than he is in Moscow. And don’t get me started if there’s a need for sex worker stereotypes. Of course, my Black, Asian, Muslim, and Native American friends have it much worse, even if they possess American passports. Still, I can’t think of a single other country that is as consistently made the butt of American jokes as Russia.

That said, at least we’re not in the Rosenbergs phase yet.

However, in the era of “Russiagate,” all of this has been put on steroids. It’s been a very lucrative time for Russia-affiliated actors who know how to cash in on the hate, like journalists from immigrant families in the US who like to lay it on the old country without having lived there as a grown-up, or Western ex-pats in Moscow who render the Russian reality through an orientalist lens. But, as it has recently turned out, not all opportunists are garden variety Russophobes with hazy childhood memories of Perestroika bread lines. Some are wild cards that can play those hungry for Russophobia like a fiddle.

The best recent example came to light when the Wall Street Journal confirmed some information that had been earlier reported by independent journalists on Twitter: the identity of “Source 3” in the ‘Steele dossier.’ This, of course, was the infamous report, from a British spook, which dominated the early years of the Trump-era.

As soon as the cover photo of Source 3 in the Wall Street Journal report started flooding my Twitter feed, I recognized the woman identified as Olga Galkina. The same pixie cut, neatly shaped brows, and arresting eyes. In the 2000s, when LiveJournal was the platform of choice for Russians looking for a creative outlet for their thoughts and social networking, she had a somewhat popular blog under the nickname ‘milonga’ (a Latin American dance). She was part of the so-called “tusovka,” a group of popular LiveJournal bloggers. A large part of Russia’s prominent figures on the frontier of politics and creative class later emerged from “tusovka”: among them, the politician Ilya Yashin and journalist Oleg Kashin.

Despite having a comparatively popular blog on LiveJournal myself, I was never part of the “tusovka,” but I marginally encountered many people from it. And while I had never met Olga personally, I was very aware of her existence because she was the ex of my ex from the mid-00s. I dated him in my early twenties while in college. He was a few years older, and his previous relationships were with women of more experience, which gave me some anxiety but also a smug belief in my youthful superiority.

A film critic with tiny hands who was a mother to a preschooler, an it-girl of the IT world with fascinating cheekbones, a journalist from Perm with luminous skin. This was Olga Galkina of the WSJ fame, as I remember well because I mined her blog for past comments from my boyfriend to make myself feel inadequate and inferior, as reflected in the emails from the era. And while my ex was and, as far as I can tell, remains a decent man who never actively criticized his exes, he did say that his previous relationships, including the one with Galkina, were tumultuous.

Per the WSJ investigation, which is based on earlier sleuthing by Twitter users, most prominently an account named @FOOL_NELSON, Galkina, based in Cyprus at the moment, was the source of much of the information that formed Christopher Steele’s dossier. She gave the account to Ilya Danchenko, her childhood friend from Perm, who approached her in Limassol as Steele’s employee and eagerly asked for information.

However, as it turns out, before becoming a source for Danchenko, Galkina was fired from Webzilla. Her relationship with her former boss Aleksej Gubarew was strained: he even went to the police in Cyprus regarding her. Documented evidence of strange behavior with extortion attempts paints a fascinating picture of a disgruntled employee with a vendetta against her employer. It appears that Galkina may have made the narrative of Russian hackers interfering in the American elections up, and then both Danchenko and Steele presented it as evidence.

As the issue remains largely unexplored in the American press, Russian language media, prominent media figures, and regular characters like myself who remember Galkina from her LiveJournal days have been abuzz. Everyone is fascinated to have encountered a familiar face, as people recall first meeting her, sometimes in exciting combinations: one Twitter user recalled being introduced to her alongside opposition figure Alexey Navalny.

Galkina herself denies everything in varied interviews, as does Danchenko. Attempts to link her to some serious sources fall apart because many who had been in touch with her throughout the years describe her as an unreliable narrator and small potatoes. Meanwhile, extensive material based on interviews with her acquaintances—including a former babysitter, and Alexei Trankov, another IT person hailing from Perm, whom I vaguely remember meeting back in the day—paint her as a person with many problems and a fixation on revenge.

Probably the most measured take comes from journalist Oleg Kashin, who also shared a snapshot of himself and Galkina hanging out earlier in the century. This is the story about Russian horizontal links, the way the world of Russians who can reach abroad remains incestuous and insular but is not class-based, unlike the one in the West. And this allows for a situation in which a woman from a remote city on the Trans-Siberian Railroad can shape the narrative around the world’s most powerful president, as well as the diplomacy between two countries.

Back when Galkina was a spectral presence in my life as my ex’s ex, it was my own decision to allow her to inform my relationship with a man by being overly curious. I have since matured, but that spectral presence has returned, uninvited. And while I do not blame Galkina for doing what she allegedly did—I merely stand in awe of what role a woman scorned can play in history—I would very much love for the discredited Steele dossier to stop informing my relationship with the country I currently live in. Of course, that’s not going to happen anytime soon: the left-liberal media is too attached to the narrative about Russian hackers and golden showers. Accusations of regular corruption, racism, and misogyny are not as exciting and compelling when you crusade against a sitting president, especially if your candidate is widely alleged to be guilty of the same things.

“What a boring man Trump is,” a random Russian person on Twitter wrote on the revelations about Source 3. “He even eats his steaks with ketchup.” The American reality is never innocuous, but often rather bland, so you have to spice it up, and what better pick-me-up for a narrative than the world-famous Russian wit? Sometimes, as we can see, it doesn’t come in the form of thick novels, but oral reports, also.

However, the most upsetting thing about this, to me, is that even if some reckoning happens from the side that had been upholding the myths of Russiagate, they’re probably just going to steamroll Galkina and blame everything on her. She’s already been presented as an alcoholic in many narratives. It doesn’t seem like a coincidence that the afore-mentioned exposure of her life and habits came out in Belsat, state-run by the Polish government.

Why are they so interested in debunking Russiagate all of a sudden? We’ll see. But history, unfortunately, knows too many stories where sources became scapegoats to protect vested interests.