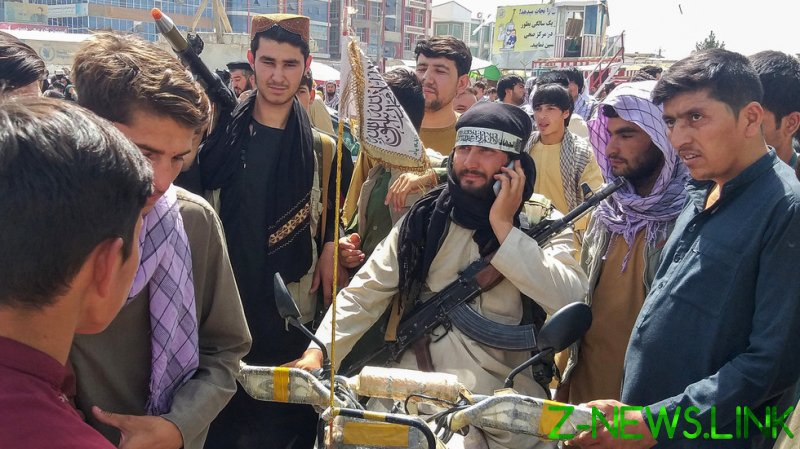 The deputy head of the country’s Foreign Ministry, Alexander Pankin, told journalists on Thursday that Moscow is not considering stepping up troop deployments through its military deals with neighboring nations. Tajikistan, which borders Afghanistan, is a member of the Russian-backed Collective Security Treaty Organization (CSTO), which binds former Soviet Republics to defend each other.

According to the diplomat, there is currently no need for members of the pact to resort to “escalating in order to demonstrate force” in response to potential instability in Central Asia. However, Pankin said, “radical measures” could be considered if, “God forbid, the need for them arises.”

Another top Russian official, Nikolai Patrushev, the Secretary of Russia’s Security Council, used an interview with Moscow’s Izvestiya newspaper on the same day to reiterate that the country will not be deploying forces to Afghanistan. Instead, he said, “the country will work with partners and “emphasize primarily political and diplomatic efforts… [to] peacefully resolve problems” in the troubled nation.

The comments come as Gulam Mohammad Jalal, president of Russia’s Afghan Diaspora group, told Interfax news agency on Wednesday that a great number of people in the war-torn country are looking to flee to Moscow. “The current situation in Afghanistan is complicated. There are quite a few people who want to come to Russia, but since there are no technical capabilities – civil flights at Kabul airport are suspended – we cannot yet respond to these appeals and requests,” the community activist added.

Among those desperate to flee from the Taliban takeover are several hundred Russians, Jalal added, who have asked the embassy for support. Envoys have reportedly vowed to repatriate their citizens as soon as possible. However, lack of access to telephone connections is said to be hampering efforts.

Kabul, the Afghan capital, fell to the Taliban on Sunday after militants made rapid territorial gains throughout the country as the US continued its troop withdrawal. The country’s ousted president, Ashraf Ghani, fled the city and is now in exile in the United Arab Emirates. However, he now claims to be participating in talks that could see him return as part of an inclusive unity government.

Russian President Vladimir Putin’s special envoy for Afghanistan, Zamir Kabulov, has hinted that Moscow could be prepared to recognize the Taliban as the country’s legitimate government. “If we compare how easy it is to negotiate as colleagues and partners, then the Taliban have seemed to me for a long time much more prepared for negotiations than the [American backed] puppet Kabul government was,” he said.

Moscow’s diplomats have made contact with militants in Kabul as part of efforts to secure its embassy which, unlike those of countries like the US and UK, has not been shuttered and relocated to the airport. Ambassador Dmitry Zhirnov said this week that fighters had assured him “nobody would be allowed to touch a single hair on [the head of] Russian staff.”

Despite hosting a delegation from the Taliban’s political wing for peace talks in Moscow in recent weeks, the Islamist movement remains a prohibited terrorist organization in Russia. Kabulov has said that status is unlikely to change in the coming days, and that officials will wait to see whether the UN Security Council backs any such move.