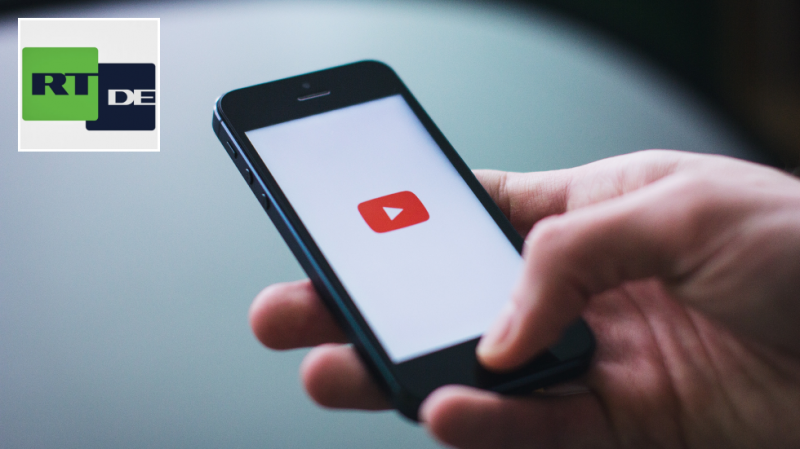 Speaking to journalists on Wednesday, President Vladimir Putin’s press secretary said that “there are of course signs that Russian law has been broken” after the platform moved to ban RT DE and Der Fehlende Part from its site. “In fact, it has been broken very brazenly,” Dmitry Peskov added. “Because of this, it is a case of censorship, and of obstructing the dissemination of information by the media, and so on.”

Peskov added that “there must be zero tolerance for such violations of the law,” insisting that “if our regulators deem this is a violation of legislation then we can’t exclude the possibility we will take measures to force this network to comply with the law.”

Earlier on Wednesday, Moscow’s media watchdog, Roskomnadzor, published a letter sent to YouTube’s parent company, Google, demanding all restrictions be lifted from RT’s channels. The purportedly permanent deletion was imposed after the German-language broadcaster allegedly attempted to circumvent a ‘community guidelines’ strike, handed down for ‘medical misinformation’ in four videos. The details of the purported breach are not yet clear, but RT’s editor-in-chief, Margarita Simonyan, has said that it amounts to “a declaration of media war against Russia by Germany.”

Roskomnadzor went on to tell Google that, if the site does not comply with the order, “legislation allows us to take measures including completely or partially blocking access to it.”

Moscow’s Foreign Ministry has also announced that it is considering taking steps against German news outlets in retaliation over the decision. “Adopting reciprocal measures against the German media in Russia which, by the way, has been repeatedly shown to have interfered in our country’s internal affairs, seems not only appropriate but necessary,” it said in a statement.

Officials went on to say that such restrictions are “the only possible way to focus our partners’ attention on a constructive and meaningful dialogue around this unacceptable situation.” According to the diplomats, YouTube acted not out of adherence to its community policies but with the “obvious connivance, if not the insistence,” of German authorities.

Berlin has denied involvement in the decision and insists that the matter is one for YouTube alone.