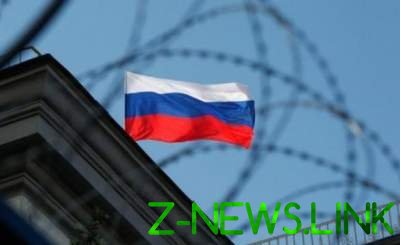 Moscow rejects the accusations against the Russians.

Moscow will respond to Brussels on individual sanctions against eight citizens of Russia, introduced by the EU Council of 15 March in connection with the Kerch aggression of 25 November last year.

Moscow rejects the accusations against the Russians, and alleges that detained the Ukrainian crew as a result of “provocation” on their part.

“The opportunity to make our compatriots in illegitimate sanctions lists is striking in its hypocrisy and cynicism… Totally untrue statements of the EU that Russia “violated international law” and used force unnecessarily,” – said in a statement.

The decision of the EU Council “disrespects the law of the Russian Federation on the protection of the state borders”, emphasizes the Agency.

See also:  Why does Lukashenka need "mad tight" with Russia

“It is an irresponsible way, which only encourage Kyiv to continue the policy of provocation that threatens the security of the Russian Federation and other States of the black sea region, in particular members of the European Union. The Russian side will not leave unanswered the unfriendly action of the EU,” the Ministry added.