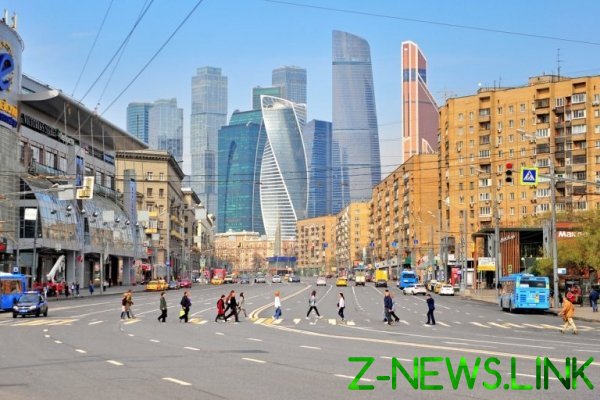 World Bank: Russia needs 100 years to catch up with developed countries in terms of wealth and life

The wealth of the average Russian with the calculation per capita is only a quarter of its level in developed countries. This is stated in the report “How rich Russia?”, made by the world Bank. Edition Inc. I read it and chose important.

The wealth referred to in the report includes assessment of human capital, produced capital, natural resources and net foreign assets. One of the main observations made by the experts — the stagnation of real incomes and the fall in oil prices has slowed the previously very significant growth in total wealth. To catch up with developed countries (OECD members) the size of human capital, Russia will need about 100 years.

Since 2000, the total wealth in Russia increased by 73% to 1306 trillion roubles (more than a quadrillion rubles). Indicator per capita during this period also increased by 76% to 8.9 million rubles ($152,5 million). But this amount is only a quarter of the increased wealth of the average inhabitant of the OECD countries (Australia, Canada, USA, Japan, Turkey, Israel and others).

The stock of human capital in the wealth of Russia is a much smaller proportion (46%) than the average in the countries of the Organization for economic cooperation and development, where it is 70%. The experts also noted that high growth rates of General well-being of Russians was typical for the beginning of 2000-ies. Now they have decreased, particularly due to stagnation in the field of human capital and reduction of oil and gas wealth.

World Bank experts suggest the Russian government to start the process of growth of human capital. It is necessary to establish system of education and health.

Informed Inc. was told that, according to the Russians, the family can be called poor if each of its members have less than 12,5 thousand rubles. per month. While 40% of respondents reported that their income is below this subjective boundaries. To maintain a normal standard of living, the Russians need about 38,1 thousand rubles per family member — these figures have called themselves interviewed. While real income per person among respondents was 2.3 times lower and amounted to 16.8 thousand.