Home / policy / Russia will lose all submarines, if Lukashenko will be angry at Putin

Russia will lose all submarines, if Lukashenko will be angry at Putin 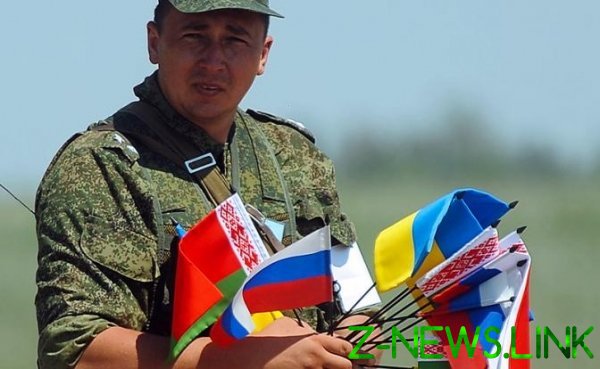 The situation with the presence of Russian strategic military bases on the territory of Belarus is becoming more acute. Official media haven’t joined in the discussion of this issue. But already stated about the unfair behavior of Moscow in Minsk against the independent media, which include the Internet-the edition “the Belarus news”. Bn primarily concerned with economic problems — why the Kremlin wants to help his neighbor, which keeps on its territory a radar station “Volga”, part of the System of missile attack warning (early warning system) and the radio station “Antey”, transmitting commands to submerged strategic submarines? And this question understand it is possible.

But the discussion was joined by “heavy artillery” — the Belarusian opposition. And she has other reasons, not economic but political. The question is very tough: “What awaits Russia’s “Guantanamo” in Belarus?”. This is the title of the article in the online newspaper “Solidarity”. That is, the radar “Volga” and radio station “Antey” is like the American military base Guantanamo, which has existed in Cuba since 1934. And that could not squeeze out of the island even Fidel Castro.

Such a disposition: Cuba and the United States — inimical to each other state. And this hostility by Association, the Belarusian opposition is transferred to the relations between Belarus and Russia. Further, this scheme has begun to acquire new items. Each of them, according to the concept of “Solidarity”, has to prove the treachery and betrayal of national interests, Minsk, that is Lukashenko. From all this it follows that the Russian base, pulling the country to the bottom of isolationism, you have to close. Even if Moscow suddenly decides to pay off.

Let us briefly recall the history of “Russian Guantanamo”. In 60-ies in Minsk region was built 43rd communications hub Navy “Vileika”, still operated sverdlovskoy transmitter “Antey”. It allows a strategic command on nuclear submarines with ballistic missiles in the Atlantic, Indian and Pacific oceans. “Casablanca” is an integral part of the naval component of the nuclear shield of the country.

Radar “Volga” detect launches of ballistic missiles based in Europe. The station began in 1986. But on duty, she was delivered only in 2002.

After the collapse of the Soviet Union there was a rather long negotiations on the status of Russian bases. In the end, in 1995, was signed the intergovernmental agreement on gratuitous rent of land plots on which are located the “Vileika” and “Volga”, for a period of 25 years. Minsk is not even billed for the use of Russian military radio frequencies, which is not only radars, but also other equipment. In particular, at the 43rd communication center of the Navy, there is also a complex electronic warfare and electronic intelligence equipment.

“Solidarity” is a statement of Lukashenka on the financial component of the agreement made at the end of 2018: “we Have two Russian bases, zero rubles, zero kopecks pay us. Their lease term ends. Agree, I even do not put the question about the payment. Kind of embarrassing the Russians to ask for money for these bases, they shared the function. This is for nuclear forces.”

Followed by a masterly logical maneuver. No, according to “Solidarity,” Lukashenko “you done lied”. The same can not be the person who runs the country, this worthless memory. The agreement was not gratuitous: “In exchange for his signing the Russian government repaid the promissory note to $ 900 million, which the Belarusian Council of Ministers was discharged for the amount of current debt for gas and transferred to Gazprom”.

But who got the benefit, asks “Solidarnost”. Of course, not Belarus. Because “the country has written off debt, which under any circumstances would be unable to write off. In the absence of the Belarusian money. So the country got nothing from Russia in two strategic bases”.

And benefits received “Gazprom”, because by forgiving the debts of Belarus, he was automatically written off debts to the Russian budget for these 900 million.

But the money for “Solidarity” is not important. The main historical perspectives of the countries which with Russia in any case should not be linked. So the main thing is to break off military ties, and I think things will go easier.

And here emerges the 18th article of the Constitution of Belarus, which was adopted in 1994. And since then has not undergone any changes. Her second paragraph reads: “the Republic of Belarus aims to make its territory a nuclear-free zone and the state neutral”.

The first half of that goal achieved by the end of 1996 the country had withdrawn all Soviet nuclear weapons. It remains the case predictor to withdraw from the Organization of collective security Treaty (CSTO), to which Belarus, by the way, joined in 1993, before the adoption of the Constitution its 18th article. Well, and then get rid of the Russian bases, not to participate in joint maneuvers. And also stop to put a wheeled chassis for Russian military equipment, particularly to mobile ground missile complexes “Topol-2” and “YARS”.

Besides, Belarus exports and other components used in defense industry products. Otherwise, the country cannot be attributed to a neutral state.

What will happen if Belarus will become neutral? The loss of Russia, which may lose two strategic bases, is obvious. But will it be beneficial for Belarus, about the bright future which concerned the opposition? I must say, it’s neutrality will last a very short time. Because the strategy of NATO and its locomotive, the US, is to cut off from Russia’s partners. And the establishment of a “purified from the influence of Moscow” territories of regimes hostile to Russia. Yes, until 2014, this statement could be attributed to paranoid. But the Ukrainian secret script made absolutely transparent.

The Ukrainian scenario in Belarus is not a ride, because the opposition is not as significant quantitatively. No significant influence on the minds of Belarusians, she has not. And fascist elements to street fighting to take anywhere.

Therefore it is possible the Serbian scenario. The West has to show the old Man, remembering the brutal suppression of the protests, the disappearance of several political opponents… And something else may incriminate, in the West the major experts on this part. Then you can send to the Minsk strike aircraft with the purpose of “coercion to peace”. And it is unlikely that the army Lukashenko left without Russian support, will be able to reflect attacks.

Possible Libyan scenario, in which the detonator can be used smuggled into the country stagnated without a serious case of some.

Everything is possible, except for merger of Belarus with a well-fed, and until recently a peaceful Europe, Western. But it is naïve to hope for the Belarusian opposition.

However, it is clear that every sane leader of this country, even if it is eccentric and not very reliable, as Lukashenka will not allow article 18 of the Constitution gained the present and not the future. The country ceased to strive for neutrality, finding it.

The term of the agreement on the bases expires June 6, that is, less than a month. Lukashenko is on this occasion silent. Just hustling the opposition, which had more of a reason to talk about the evil machinations of Moscow and the betrayal of the official Minsk.