Home / economy / Russia will be forced to burn the “extra” oil

Russia will be forced to burn the “extra” oil 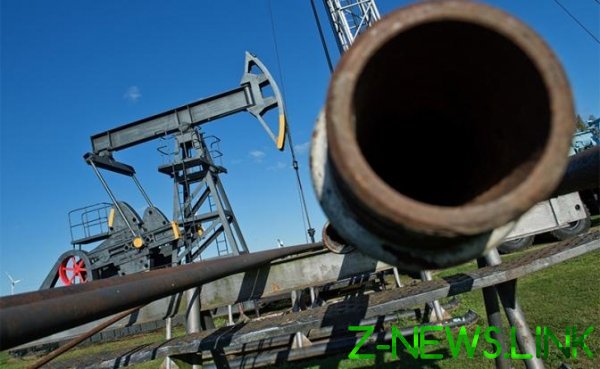 Small Russian oil companies risk losing the opportunity to sell the produced oil, in private conversations, the leaders of some of them admit that they have already prepared to burn their raw materials is unnecessary for buyers, writes Lenta referring to Bloomberg.

Interviewed by the publication of the relevant analysts pointed out that currently observed in the market lack of storage facilities oil leaves too narrow a space. They can stop production, but this will require very large expenditures that are unlikely to go to an independent company, as they far exceed their usual cost of production and transportation.

However, Russian oil refineries are also not going to buy all the volumes mined, as also faced with falling demand and lack of storage capacity, which are filled with their products. Large companies face the same problems, but they can count on help from the state, which considers them too important to the national economy.

Earlier, the independent producers have already complained to the government that owing to the low prices of the domestic market sales of products becomes unprofitable for them: the tax on mineral extraction (met) exceeds the price.

20 April futures price for a barrel of crude oil WTI with delivery in may for the first time in history fell below zero, and reached minus $ 40. This situation is due to record low demand and lack of storage facilities around the world.

Earlier it was reported that average daily production of oil with gas condensate in Russia grew by 22 April by 0.6 percent compared to the previous day. It turns out that someone is stepping up production? Why? If the oil has nowhere to go. To burn?

— It turns out that way in Siberia blazed huge bonfires, — said the Director of the Institute of the EEU Vladimir Lepekhin.

— The energy Ministry has instructed oil companies to reduce the may oil production by 20%, and large companies, of course, will be forced to conserve many fields. As for the small oil companies, then it is easier to do burn oil than to spend money first on conserved wells, and then to restore production. And that’s not the worst option, because the worst is that in some cases, possible discharge of oil in the local lakes and rivers. The situation in Russia is so out of control that I admit, and such effects.

“SP”: — Why burn oil cheaper than to reduce production?

Stop one well worth 400 to 500 thousand roubles, and these wells thousands and tens of thousands. And it is unlikely the company, which in coming months will become bankrupt, will go to these expenses. It is assumed that in the “black” area is not less than 130 companies, the total amount of crude oil which accounts for 4% of all Russian production. It is them, I think, will be obliged to burn their oil, although, once again, to control the organized withdrawal from the market of small companies is very difficult.

“SP”: — What will happen to these small companies? Will they survive this crisis? How many of them in the country? And large it does not hurt?

— With the departure of some smaller fish will not solve the problem of the required reduction of oil production. In this sense, “Rosneft”, “LUKOIL”, “Surgutneftegaz” and other whales probably have to resort to measures of conservation of its deposits at public expense. The alternative is selling part of its assets to foreign companies, in particular — China.

“SP”: — Informed, independent producers have complained to the government that owing to the low prices of the domestic market sales of products becomes unprofitable for them: the tax on mineral extraction exceeds the price. And included is this situation, when he introduced tax reform?

— Included Russian companies such situation — a rhetorical question. The capitalist desire to profit, as a rule, pumps oil even in the face of impending disaster. He never thinks about tomorrow, and especially on the day after tomorrow. (And today, despite the failure of the transaction with OPEC in early March, the growth of oil production in Russia continues to this day). But it is in normal capitalism. As for the gangster capitalism that has developed in Russia, this is gin, which is difficult to put back in the bottle. To throw a freebie or to sell it cheaply to the current Russian nouveaux riches will be sorry, that’s why you should be prepared not only burning oil, but its fuel thefts in the Siberian swamps most barbaric way.

— Membership itself of the Agreement with OPEC in a power cannot force Russian oil companies to cut oil production. They will resist to the last. In Russia there are no people able to take against them strict measures. So oil companies will stop only the hard hand of the world market. Organized by the waste industry to reduced production volumes will not work — will the informal waste on the principle of “every man for himself!” with all these costs.

“SP”: — Earlier it became known that creddestone extraction of oil with gas condensate in Russia grew by 22 April by 0.6 percent compared to the previous day. Who exactly is stepping up production? Why?

— Who in the current environment is stepping up production? Yes, all who can. It is in normal capitalism, when increased competition reduces the manufacturer at the first stage of the sales price, and the second reduces the production. But when gangster and monopolistic capitalism, the manufacturer tends first to increase prices for the consumer (he thinks it will earn more money), and when the plan fails, the company is committed to sell. The recent payout to shareholders of Rosneft dividends for the year 2019 of more than $ 300 billion is, I believe, a preliminary preparation to sell the asset to foreign companies and the possible escape of a number of shareholders in other businesses. It seems that “Vnesheconombank” at the request Sechin is now heavily looking to sell up to 25% of Rosneft. Preparing to sell part of its shares in LUKOIL, although Alekperov publicly strongly refutes this perspective. So I do not exclude the transition in the Russian oil sector or its part into the wrong hands already to autumn of this year.

However, some experts the prospects of forced combustion of oil skeptical.

— Just yesterday I spoke with representatives of major Russian companies, they still believe the best options for reducing. Burning among these techniques there.

“SP”: — What about small companies? When he introduced the “tax maneuver” thought about the consequences for them?

— Severance tax, which is referred to independent players, are reviewed monthly. The specific amount of tax depends on the average monthly prices for Urals oil (about $ 29 in March) and the average exchange rate of the dollar. Accordingly, the tax rate will be around 3,5−3,6 thousand per ton, or approximately 491 rouble per barrel. We understand that independent players sell oil at 6.5 $ per barrel or less? If so, it certainly evokes deep sympathy, but next month the tax will be lower. And then the deal is OPEC+ and joined countries will create conditions for the stabilization of the market. Although the instantaneous growth of prices will not, but will have to wait a few months.

In General, the situation with large tax maneuver, in which there is a gradual increase in tax rates, is ambiguous. To put it mildly. In parallel with the increase in the tax rate reduced the export duty. That is, the primary tax burden is transferred inside the country in the mining sector. And introduced large tax scheme under the pretext that it will help to reduce the dependence of our economy from changes in world market prices of oil. Initially, this logic was slightly flawed and did not meet the interests of neither the oil companies nor the consumers, because changes in the tax system actually provoked our oil companies less to process and more to export crude oil. Therefore, the emerging system began at the design stage to attach a set of crutches.
Current situation and need to show how reasonable was really a maneuver.
The irony is that when calculating the factor entered in the met, must be subtracted from the monthly average prices of oil 15, and the difference is multiplied by the exchange rate. Interesting to see what would happen if the average price is less than 15.

“SP”: — Large companies are not worried? They are not threatened?

— Large companies have vertically integrated structure, that is, they cover the entire value chain — from production to sales of petroleum products to end consumers. In this sense, it is easier. It is not only a large financial airbag. Although it is important. For example, some companies which are not part of the big three, but represent a major value for the Russian market capitalization of less lying in the accounts of the amount of money. More importantly, that it will be easier to survive a period of reduced production due to the recovery in demand for petroleum products, which will begin after the abolition of restrictive measures related COVID-19. That is, people begin to travel more, to fill up their cars, buy gas station coffee. Let me remind you that only one coffee brings “Rosneft” and “Gazprom oil” has more than 3 billion a year in revenue.
The events of the past 12 years have repeatedly proven that to rely only on oil — a deadly mistake. In this sense, the small companies which only produce raw materials, a priori harder.

“SP”: — Why Russian companies started to increase production? What is the result?

— To anything. The agreement takes effect from 1 may. All that build up to this point is not contrary to the agreement.

“SP”: — As the entry into force of the transaction will affect the situation? You will save a small company from losses? As soon as starts to recover the demand?

— The demand will begin to recover after the abolition of restrictive measures. And the entry into force of the transaction, the OPEC will allow to create conditions for the stabilization of prices and the basis for their gradual growth when demand recovers. In fact, expect stable price growth stands until mid-autumn. If they will grow before — it will be almost a miracle.