Home / policy / Russia was plunged into a spy series

Russia was plunged into a spy series 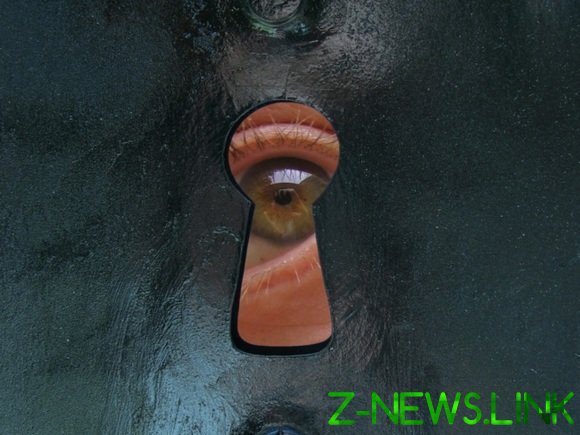 Moscow expels Czech diplomats, the American convicted of spying, a Russian scientist accused of treason — and all this in just one day.

In the foreseeable future Russia will not only fail to establish a dialogue with the United States or European Union, but in addition may dramatically worsen relations with China. Blame the spies who like to order suddenly erupted from around several seemingly unrelated to each other of Affairs, caused by the opposition of special services.

In the early summer of 2018 Russian counterintelligence officers, apparently in preparation for the world Cup, massively detained citizens for treason — that year was fruitful in criminal cases of this kind. In particular, right before the New year in Moscow were arrested and a U.S. citizen Paul Whelan.

Former marine, Director for security American company BorgWarner, which produces automotive parts, was accused that he kept on the flash drive data, assigned in Russia to be a state secret. The trial lasted a year and a half, and now, on Monday, June 15, Whelan was found guilty and sentenced to 16 years in prison.

Immediately after the arrest of an American rumors that seized it in order to be exchanged for Russian national Viktor bout, whom the US convicted the illegal arms trade. After the verdict defenders of the Whelan returned to this theme. But the press Secretary of the Kremlin Dmitry Peskov such a plan declined to comment, stating that Whelan be called a “political hostage”.

That, however, does not prevent the us authorities to proceed from that. The head of US state Department Michael Pompeo on behalf of his country demanded the immediate release of Whelan and the American Ambassador in Moscow John Sullivan stated that he was “disappointed and outraged” by the verdict. According to him, Russia is “secret justice”: “If they come to the Floor, they can do so with anyone other.”

On the same day in the Smolensk area had summoned the Ambassador of the Czech Republic Vítězslav Pivonka, which the foreign Ministry was notified of the decision to expel from Russia of two Czech diplomats. It is a symmetrical measure in relation to the Czech Republic, where recently under rather unusual circumstances was expelled two Russians.

It is difficult to resist the doubt that the two events just coincided. After all, the official representative of Russian foreign Ministry Maria Zakharova said that the Czech Republic to the hostile policy towards Russia push Western partners, obviously hinting in the USA.

This is the standard Russian method — it was traditionally used against Ukraine, and now it will be transferred to the Czech Republic. While all this does not explain the Russian state-run media ignored the story, according to which diplomats Czechs expelled after one of them wrote on another accusation in the Czech counterintelligence. That is the version in Prague voiced at the highest level — Prime Minister Andrew Babish and Minister of foreign Affairs tomáš Petricek. So somehow respond to it, probably still should.

However, in Russia, more and more strange “spy” stories. All on the same day a criminal case under articles of treason were filed against the President of the Arctic Academy of Sciences Valery Mitko. 78-year-old scientist is suspected that he went to lecture in China, taking the document with the characteristics of foreign submarines, among whom was the Russian model. Mitko pleaded not guilty, but the court is it will not save.

Here it is noteworthy that no public discussion of the problems of Chinese espionage in Russia after this for some reason does not appear. Unlike public scandals with USA and particularly with the Czech Republic, which, of course, for Russia, a dangerous and powerful enemy. It would seem that a great reason to condemn Beijing for theft of military technology — it’s clearly terrible transfer by the Czechs of the monument to Marshal Konev. But the Russian official agencies keep silent.

What is the reason? Apparently, the fact that the Chinese are not in the EU and NATO, they are allies, and now quite real enemies of the United States. Even though avid, if you believe the charges put forward on the Russian state secrets.

Although we can not exclude a variant in which the St. Petersburg scientist do no not spy, do not betray anyone, but simply someone stars on the shoulder straps wanted. And that’s technology that’s long been an open secret, turn into state secrets, and the Director of the Institute of the traitor. That is the reason there is akin to a Czech version — in the readiness of Russians to sacrifice another Russian for career reasons.

The history of our country, unfortunately, is not new. This clearly shows that the tendency of the Russian system to the search for “enemies of the people” and the “hirelings of foreign intelligence services” is still here and alive to this day. However, the “cold war” has not ended in the minds of many people, not only in Russia but also in the West. So this spy series for us to watch for a long time.