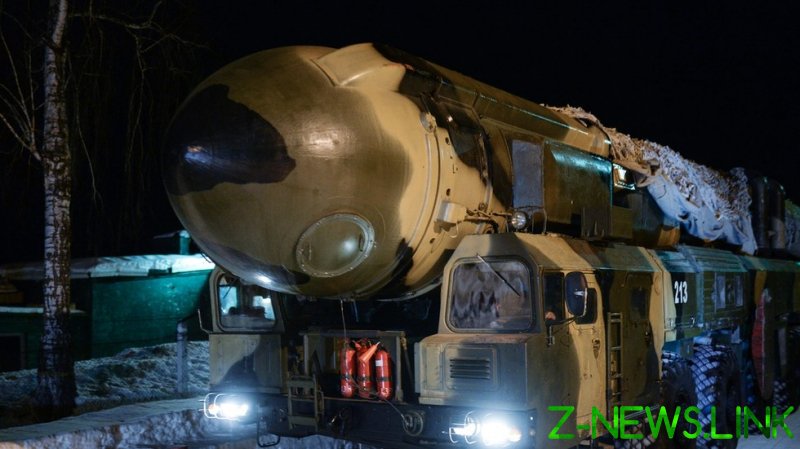 Speaking on Thursday, Deputy Foreign Minister Sergey Ryabkov told journalists that the current tensions could lead to a situation on the scale of the 1962 Cuban Missile Crisis.

“If, as they say, the comrades on the other side do not understand, and everything continues as it is, we may well, according to the logic of events, suddenly wake up and see ourselves in something similar.”

According to him, if relations worsened to this extent, it would be a failure of diplomacy, though he stressed that there is still time “to try and come to an agreement on a sound basis,” referring to Moscow’s hope of receiving guarantees that NATO will not expand closer to Russia’s borders.

“There is nothing but blackmail, threats, and sanctions in the American foreign policy toolkit when it comes to Russia. But this is not the language we perceive,” the diplomat said, adding that avoiding crossing Moscow’s red lines would spare the “unleashing” of “a confrontational spiral.”

Ryabkov’s remarks come after Russian President Vladimir Putin spoke via secure video link with his US counterpart, Joe Biden on Tuesday. According to a readout of the call provided by the Kremlin, Moscow said it is “seriously interested” in obtaining “reliable and firm legal guarantees” ruling out the US’ further expansion into Eastern Europe and the stationing of “offensive strike weapons systems in countries adjacent to Russia.”

Moscow’s top diplomat, Sergey Lavrov, raised concerns last week, claiming that “significant units and armaments from NATO countries, including American and British, are being moved closer to our borders.” He accused Western partners of encouraging officials in Ukraine, which hopes to join the bloc, to engage in anti-Russian actions. This could spiral into an actual armed conflict, Lavrov warned.

Concerns over the deployment of atomic weapons in Europe has long been a point of contention for Russia. In 2019, Putin warned that if both countries deployed nuclear-capable missiles on the continent, this would lead to an escalation of tensions unseen since 1962, when the US threatened to attack Soviet ships rather than allowing them to send nuclear missiles to Cuba.