Home / business / Russia wanted to hide the explosion in the plane Kaczynski.

Russia wanted to hide the explosion in the plane Kaczynski. 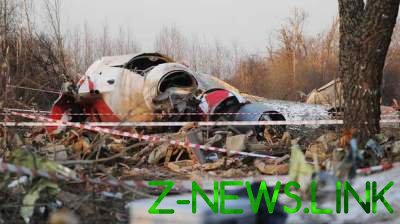 Of the video was cut a piece of the record.

The Russian side during the investigation of the crash of Tu-154 of Polish President Lech Kaczynski near Smolensk influenced previous Polish Commission, that she hid the recording sensors of temperature jump on Board. This is stated in the article of the Polish newspaper Gazeta Polska.

So, the article States that investigators were able in 2010 to find out thanks to the flight recorder, which was recorded before the time of the disaster a very high energy impact on aircraft. The heat sensor in the plane showed a high jump in temperature.

Also aboard the plane were identified a series of faults that are recorded by special equipment. In the end, the new investigation team found a fragment in 4.5 seconds, which was cut from a recording of the black box. It indicates that the unexpectedly high jump in the temperature of the explosion.

It also indicates that Russia appealed to the Polish Commission with a request to cut this piece.

“We know that the flight parameters recorded in the Polish black box from the very beginning was very interested in the Russians, and they asked the Commission to remove part of it from a document dated 25 October 2010. This 4.5-second segment with a sharp growth of temperature, which was removed on the initiative of Russia, was found in the materials of the Polish Commission on investigation of the crash,” the lead article in the words of the representative of the Commission of inquiry.

Recall that recently the Minister of defence of Poland Anthony Macierewicz said that the Polish Commission found the record of the time of the explosion on flight recorders of the Tu-154. He announced the publication of the results of the investigation of the catastrophe near Smolensk in the spring of 2018.

See also:  In the town running out of water

Later the government sub-Commission on investigation of the Smolensk disaster confirmed that one of the registrars of the parameters of motion of the governmental Tu-154M, crashed near Smolensk, was recorded the time of the explosion.

In turn, Russia has stated that they do not believe in the words of Polish investigators that only a few years later in the flight data recorder found a record with the explosion of the Tu-154.