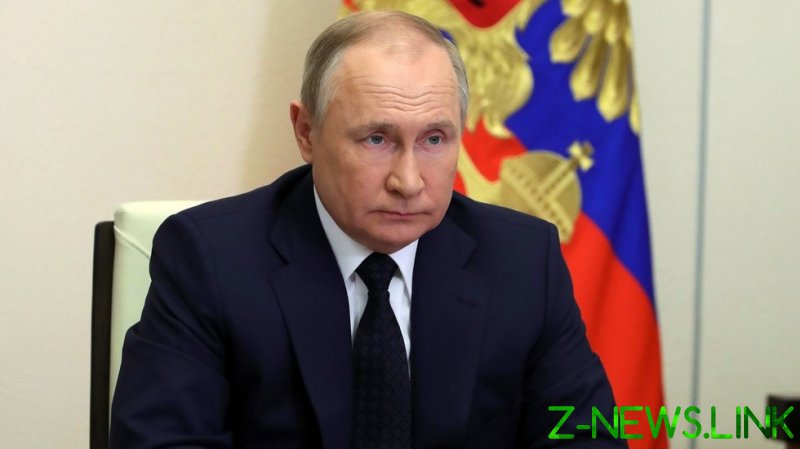 Kiev has gone back on the tentative agreements made between the Ukrainian and Russian negotiating teams in Istanbul in late March, Russian President Vladimir Putin has said. According to Putin, the peace talks have now “returned to a deadlock”.

Ukraine has refused to recognize Crimea as Russian and the Donbass republics as independent, the Russian president explained at the Vostochny Cosmodrome in Russia’s Far East on Tuesday. He emphasized that those two points were key topics without which no progress could be reached in the talks.

The latest round of negotiations between Moscow and Kiev was held two weeks ago in Istanbul, Turkey, where, according to the Russian side, the Ukrainian delegation offered its first draft of written proposals on how to resolve the conflict. 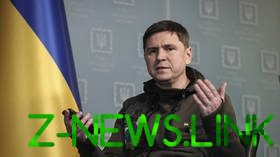 While the head of Russia’s negotiating team, Vladimir Medinsky, expressed some cautious optimism in the wake of the talks in Istanbul, saying Ukraine had signaled that it was ready to declare itself a neutral state, there still remained some major stumbling blocks.

Moscow is demanding that Kiev officially recognize Crimea as part of Russia and the republics in Donbass as independent states. Crimea voted to leave Ukraine and rejoin Russia shortly after the 2014 Maidan coup in Kiev. During the talks in Istanbul, the Ukrainian delegation promised that Kiev would not attempt to reclaim the Donbass republics by force, and suggested holding separate negotiations on the status of Crimea over the course of 15 years.

However, last Thursday, Russian Foreign Minister Sergey Lavrov said Ukraine had submitted new written proposals that deviated from what was offered during the in-person talks. The new proposal, according to Lavrov, fails to mention that the security guarantees Kiev wants to obtain from leading world powers do not cover Crimea.

Meanwhile, Ukrainian President Volodymyr Zelensky told Germany’s Bild on Friday that Kiev still sees talks with Russia as the only way out of the current crisis.

Ukrainian negotiators proposed in Istanbul that Ukraine become a non-aligned country in exchange for legally binding security guarantees. Russia repeatedly named Ukraine’s aspirations to join NATO as one of the reasons for the military campaign Moscow launched against the neighboring state last month. 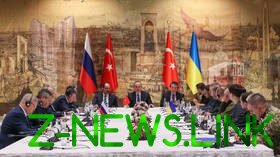 The leaders of Russia and Belarus met at the Russian spaceport on Tuesday, commemorating the 61st anniversary of the first human spaceflight by Yuri Gagarin. Putin thanked his Belarusian counterpart, Alexander Lukashenko for his role in making peace negotiations between Russia and Ukraine possible in the first place. Prior to Istanbul talks, representatives of Russia and Ukraine held three face-to-face meetings in Belarus. Negotiations started on February 28 in the Gomel region. They then continued on March 3 and 7 in Belovezhskaya Pushcha. The talks continued from there via video link.

The Russian president stressed that “in large part, it was possible to start direct dialogue with the Ukrainian side thanks to the Belarusian president’s personal efforts.” The Russian head of state added that, in his eyes, Belarus was a suitable place for “further contacts” between Moscow and Kiev.

Kremlin spokesperson Dmitry Peskov told Sky News last Thursday that Moscow hopes the military offensive in Ukraine will end in the near future, possibly “in the coming days,” through either the Russian military reaching its goals or the finalization of an agreement between the two countries.