Home / WORLD / Russia-Ukraine negotiators could have been ‘poisoned’ – media

Russia-Ukraine negotiators could have been ‘poisoned’ – media 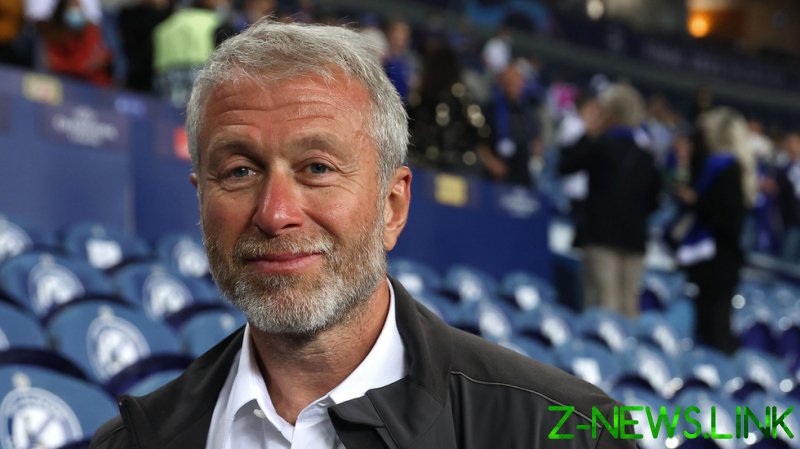 Two Ukrainian negotiators and Russian businessman Roman Abramovich may have been poisoned by “hard-liners in Moscow,” the Wall Street Journal reported on Monday, citing anonymous sources relying on the UK-based activist group Bellingcat. They claim the trio was targeted by either chemical weapons or electromagnetic radiation.

According to the outlet, Abramovich and at least two senior Ukrainian negotiators “suffered symptoms of suspected poisoning” after a meeting in Kiev earlier this month. Their symptoms included “red eyes, constant and painful tearing, and peeling skin on their faces and hands,” claimed to people familiar with the matter, who blamed the suspected attack on “hard-liners in Moscow” not interested in ending the conflict in Ukraine.

Ukrainian officials were skeptical of the report, however. Presidential adviser Mikhail Podolyak told Reuters “there is a lot of speculation, various conspiracy theories,” while Rustem Umerov, allegedly one of the three persons affected, said people should not trust “unverified information.”

The investigation was organized by Christo Grozev of Bellingcat, which the WSJ described as an “open-source collective.” Bellingcat has claimed Russia’s involvement in the alleged 2018 poisoning of Sergey and Yulia Skripal in the UK and of activist Alexey Navalny in 2020. Russia designated it a foreign agent in December 2020, citing Bellingcat’s ties to Western intelligence agencies and funding by the US, British and Dutch governments.

“Bellingcat can confirm that three members of the delegation attending the peace talks between Ukraine and Russia on the night of 3 to 4 March 2022 experienced symptoms consistent with poisoning with chemical weapons. One of [the] victims was Russian entrepreneur Roman Abramovich,” the outfit tweeted on Monday.

“It was not intended to kill, it was just a warning,” Grozev told the WSJ. He said he saw photos of Abramovich and Ukrainian negotiators that led him to suspect an attack, but could not arrange a sample in a timely manner. By the time German forensic experts were able to perform an examination, too much time had passed to detect a suspected poison, according to Grozev. 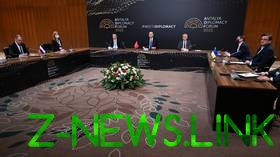 Again citing people familiar with the matter, the WSJ said Western experts could not determine if the symptoms were caused by a chemical or biological agent, or “some sort of electromagnetic-radiation attack” – a description that sounds like the mysterious “Havana Syndrome,” alleged by some US spies to be the result of some kind of Russian energy weapon.

The WSJ reported last week that Ukrainian President Volodymyr Zelensky had asked the White House not to sanction Abramovich, because he was trying to negotiate a ceasefire in Ukraine – again, citing anonymous sources. Others quoted in the article weren’t clear whether Abramovich was actually involved in the talks, and he was placed on the sanctions list anyway.

The Yeltsin-era oil baron, who lived in the UK and owns the football club Chelsea, has reportedly been acting as a “back channel” between the Kremlin and Kiev, meeting with both Russian President Vladimir Putin and Zelensky over the past month.

Russia demands that Ukraine officially declare itself a neutral country that will never join the US-led NATO military bloc. Kiev insists the Russian offensive was completely unprovoked and has denied claims it was planning to retake Donbass by force.