Home / WORLD / Russia, Ukraine and the West: As winter arrives on the battlefield, what will happen next in the conflict? 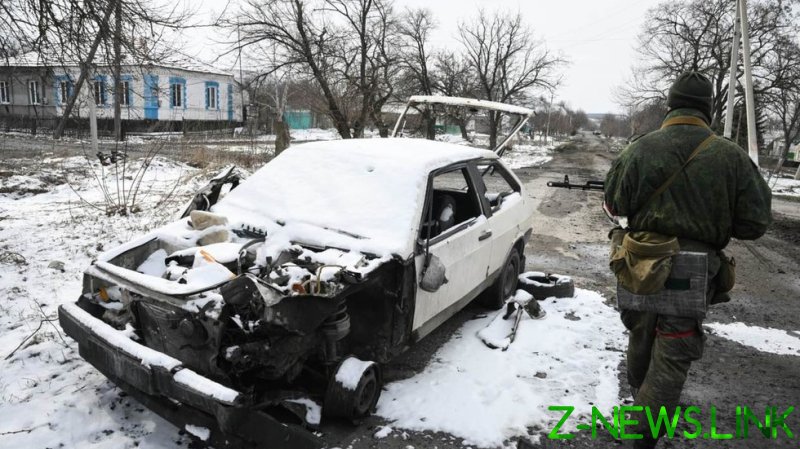 The battle for Kherson that we discussed in our last article ended in Ukraine’s favor – but with a small twist: there was no actual battle. For three weeks, Russia evacuated not only residents who wished to leave the city – and the right bank of the Dnieper River – but even monuments that the adversary entering the city might find objectionable.

By November 10, the last of the military personnel had left the right bank of the Dnieper, and after they crossed they blew up the bridges (included the long-suffering Antonovsky Bridge) spanning the river, as well as the overpass across the Kakhovka reservoir dam.

Ukrainian forces entered the city a day or two later, and the entire maneuver took place without any noticeable fighting. It may so happen that the border of Kherson Region will be fixed for a long time, years or even decades, along the Dnieper River.

If we summarize the ground strategy of the Russian Army throughout its campaign, after the initial February offensive, it can be formulated as follows: we do not attack anywhere except Donbass; we do not hold on to land and cities; if defense is fraught with costs and losses, we do not hesitate to retreat. It is impossible to say whether this is a forced decision or a pre-selected policy, due to the fact that the military objectives of the special military operation have not been publicly stated.

In Donbass, meanwhile, the slow grinding down of the Ukrainian defenses continues. The Wagner forces, together with the militia of the Donetsk People’s Republic – which is now part of the Russian army – are gradually moving on the town of Artemovsk (Bakhmut), for which we had anticipated battles back in July. Photographs from this part of the front are now reminiscent of scenes from the First World War: knee-deep trenches in the mud, ground pockmarked with holes from exploded shells, and bare burnt tree trunks.

On the rest of the front there is still a lull. Meanwhile, the main development in recent weeks has been Russia’s transition to using long-range precision weapons virtually all across Ukraine. In contrast to previous phases (with the possible exception of the very start of the operation) there are now regular strikes by air and sea – and probably ground-launched cruise missiles – as well as by loitering munitions.

The target of the strikes, as far as can be judged from both official statements of the Russian Ministry of Defense and objective data (not to mention the reaction of Ukrainian officials), is primarily energy infrastructure. The reason for this choice seems to lie in the high degree of ‘visibility’ of such a strategy and the multi-faceted strategic impact it has on Ukraine’s defense capabilities. It is possible that the choice of targets is also partly due to insufficient capabilities in reconnaissance and asset-targeting, and in the weapons themselves, which apparently do not allow strikes against small and/or fortified targets, or ‘time-sensitive’ objects.

These strikes, among other things, disrupt logistics and communication, which will probably gradually reduce the flexibility of the opponent’s military machine and deprive it of initiative. However, it is too early to speak of any radical breakthrough: the effects of the current strategy are cumulative and may reach a critical stage in the near future. Given the time of year, the impact on the civilian population will be significant, and we may well see a truly tragic picture.

Another story is the situation around the Zaporozhye Nuclear Power Plant. The facility itself and the adjacent city of Energodar have been under Russian control since March, while since July the plant has been subjected to regular shelling by Ukrainian forces. Russia, through the International Atomic Energy Agency, is pressing for an end to the bombing, while Ukraine is demanding the “demilitarization” of the plant – i.e., to have it transferred to its control. Contacts on the issue continue, while the plant itself has been shut down since early September.

So, what’s next? There seems to already be an active search for solutions to strengthen Ukraine’s air and missile defense capabilities, as well as a change in approach regarding the construction of appropriate systems, taking into account the accumulated experience of countering military strikes from Russia. However, this has so far been very specific, and there is the sense that protecting infrastructure is not always more important to Kiev than preventing strikes against the small number of remaining and newly delivered Western anti-aircraft missile systems.

Another area of countermeasures could be the supplying of new weapon systems with an ever-increasing range, including relatively exotic ones – in particular, the high-precision guided decoy aerial bomb SDB (GLSDB), which would be adapted for launch from HIMARS and MLRS. The airborne and maritime strike drones at the disposal of the Ukrainian side may also continue to be improved.

One type of long-range barraging munitions, ‘Geraniums’, deserve particular attention. Perhaps here we see an example of institutional ‘inertia’ among the militaries of major powers, as this class of weapon had until recently only been available in Israel, Iran, and partly in North Korea and China, as well as among some non-state actors. It is likely that we will now see an increased focus on such strikes and countermeasures, while Ukraine will be a testing ground for all parties involved.

In the absence of successful negotiations for a ceasefire, it appears that long-range, high-precision weapon strikes against infrastructure deep inside Ukraine will continue. However, further escalation (including nuclear) seems unlikely. This could change if NATO as a whole, or individual members, becomes fully engaged in the hostilities, which the US-led bloc has so far studiously avoided, preferring to maintain control over the scale of the conflict and to avoid becoming directly involved.