Russia to withdraw troops from deployment on border with Ukraine, Moscow confirms, as major snap exercises in Crimea conclude 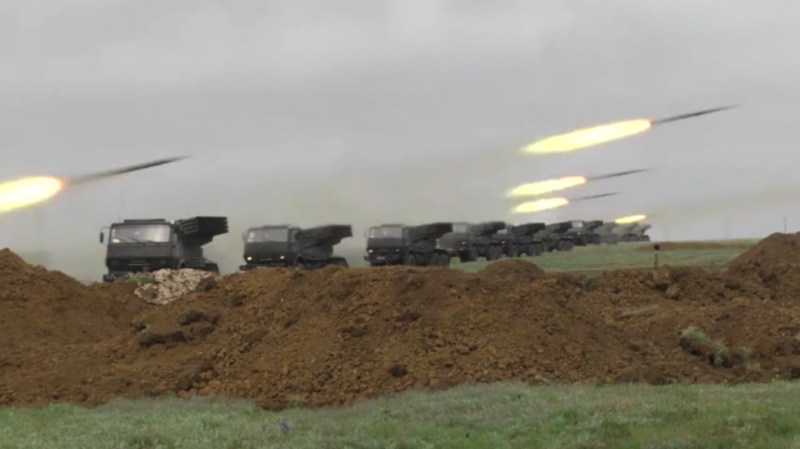 The chief of the country’s military revealed on Thursday that a number of units of the regular army and airborne divisions had been transferred to the area, near the shared border with Ukraine, as part of surprise military exercises. The buildup had caused alarm in Kiev, and been cited by Western nations as a potential precursor to an invasion, which the Kremlin repeatedly denied.

According to Shoigu, “the goals of the sudden inspection have been fully achieved. The troops demonstrated their ability to ensure reliable defense of the country.”

As a result, he has now ordered commanders to “plan and begin the return of troops to their places of regular deployment, beginning from April 23.” By the end of the month, the minister said, “the personnel of the 58th Army of the Southern Military District, the 41st Army of the Central Military District, the 7th, 76th Air Assault and 98th Airborne Divisions of the Airborne Forces” will return to their normal bases.

However, he warned that the army would “react and respond adequately to all changes in the situation near Russian borders.”

Earlier the same day, the Ministry of Defense released footage of troops storming the beaches in Crimea in simulated wargames, with amphibious landing ships making ground on the disputed peninsula. In a statement, it said that the exercises “allow you to practice the tasks of landing troops and overcoming the anti-landing defenses of the conditional enemy.”

Earlier this month, Shoigu paid a visit to troops stationed near the border with Ukraine and said they were showing “full readiness and ability to fulfill the tasks of ensuring the country’s military security.”

“Currently, these associations and formations are engaged in drills and exercises,” he added, explaining that the move came after increased tensions with NATO and “in response to the military activity of the alliance, which threatens Russia.”

On Wednesday, Western media reported that Washington was mulling expanding its shipments of weaponry to Ukraine, including handing over missiles and anti-air equipment. The country has previously requested support from NATO in defending against what it claims is Russian “aggression.”

Fighting between Kiev’s forces and soldiers loyal to two breakaway republics in the east has escalated in recent weeks, and Moscow has warned it could intervene to prevent a full-blown humanitarian catastrophe.