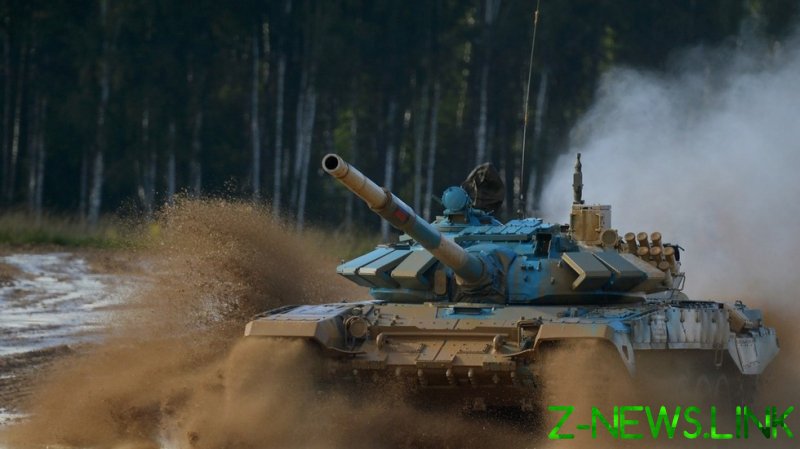 In a statement issued by Russian defense chiefs on Friday, officials said that the latest hardware would be shipped to troops stationed in the mountainous Central Asian nation. “By the end of this year, 30 modern tanks will replace earlier combat vehicles used by the tank battalion at the Russian military base in Tajikistan,” said Colonel Hanif Beglov, the commander of the armored division for the Central Military District.

Moscow’s Ministry of Defense has been in the process of rolling out the T-72B3M main battle tank, an upgraded variant of a model first developed by the Soviet Union in 1973. While the original version fast became the mainstay of the Red Army’s armored corps, it is understood to have never seen action in the USSR’s invasion of Afghanistan, where fighting raged for a decade from 1979.

Russia’s top brass emphasize that the T-72B3M carries heavier armor, providing better protection to both the crew and its internal mechanisms, while wielding an improved cannon with thermal imaging capability. The crew can also depend on a new communications system, and is shielded against loud noises, allowing commanders to stay in touch and coordinate across the battlefield even while firing on enemy positions.

In July, one of Moscow’s top generals said that his country would step up its support for nations neighboring Afghanistan through the Collective Security Treaty Organization, made up of six former Soviet Republics including Tajikistan. Since then, thousands of Russian and Tajik troops, as well as those from nearby Uzbekistan, have staged colossal drills close to the border, designed to practice rebuffing incursions.

There are fears that instability in Afghanistan after the US withdrawal could spill across the borders into neighboring countries, and that drug trafficking and illegal migration could increase as a result.