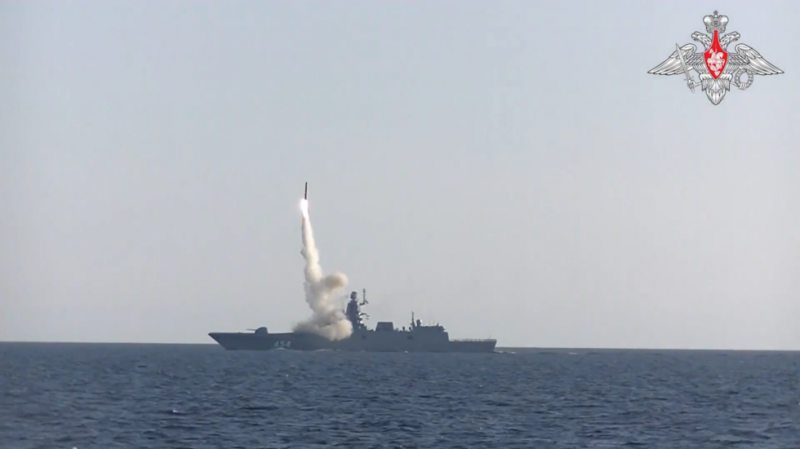 On Friday, RIA Novosti reported that military chiefs had penned the deal with rocket design bureau NPO Mashinostroyenia. Under the terms of the agreement, deliveries of the Zircon complex will be received next year, marking the first time a serial anti-ship hypersonic missile has been routinely deployed.

Last month, a warship sailing in Arctic waters reported the successful test-firing of the Zircon. According to officials, “it struck the target in the White Sea with a direct hit at a distance of over 350 kilometers (217 miles). The test confirmed the tactical and technical performance of the missile, and its flight speed was around Mach 7.” This means that the projectile flew at hypersonic velocity, seven times faster than the speed of sound. The Zircon has been nicknamed the ‘aircraft carrier killer’ on the basis that a single warhead has the potential to take down large targets.

Just weeks ago, US Strategic Command Chief Admiral Charles Richard warned that his country’s “current terrestrial and space-based sensor architecture may not be sufficient to detect and track these hypersonic missiles.” According to him, NATO fleets could become vulnerable if technological advances don’t keep up with the pace of Russia’s missile development.

A series of tense incidents between NATO’s warships and Russian sailors in recent weeks has caused concern that a potential maritime conflict could be on the cards. In June, the British warship HMS ‘Defender’ sailed into the waters around Crimea – which London insists actually belong to Ukraine. Moscow’s forces responded with flyovers and warning shots, and the Russian ambassador to the UK, Andrey Kelin, warned this week that defense chiefs would ensure future such perceived violations would be “more difficult” in future.