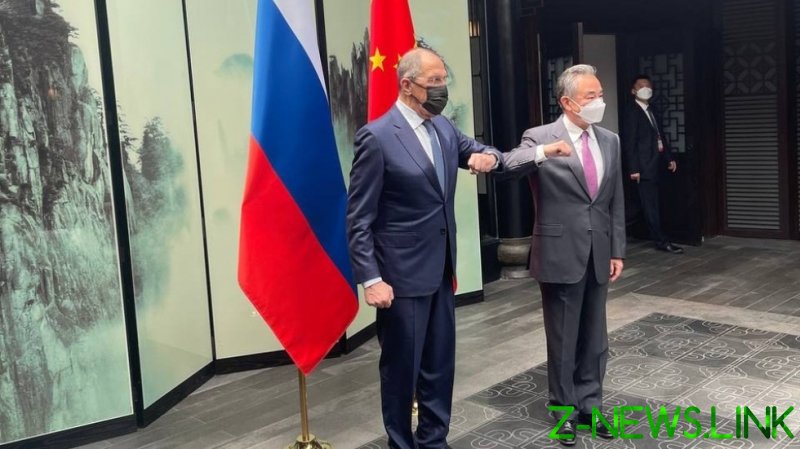 Russian Foreign Minister Sergey Lavrov is meeting with his Chinese counterpart, Wang Yi for the first time since Moscow launched a military campaign in Ukraine on February 24. Unlike many Western nations and some Asian countries, Beijing has refused to condemn Moscow and rejected calls to impose sanctions on Russia.

The neighboring countries will work to achieve “a multipolar, fair, and democratic world order,” Lavrov said after arriving in Tunxi, a city in China’s eastern inland Anhui Province, on Wednesday. Russian Foreign Ministry spokeswoman Maria Zakharova posted a photo of the two ministers greeting each other with an elbow bump.

Beijing has argued that economic restrictions disrupt world trade and will not resolve the conflict, and that only dialogue and diplomacy can lead to peace. 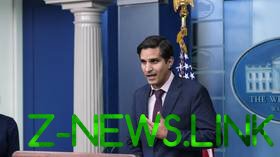 TASS quoted Wang as saying that despite “new challenges” to the ties between the two nations, “the will of both sides to develop bilateral relations has become even stronger.”

The minister said this month that China’s relations with Russia are “one of the most crucial bilateral relationships in the world,” and hailed the friendship between the two nations as “ironclad.”

Tunxi will host a summit on Afghanistan on Thursday, attended by the US, Russia, and Pakistan. American and other Western troops left the country last year after more than 20 years of occupation, while the Taliban militant group returned to power in Kabul.

Moscow attacked Ukraine in late February, following a seven-year standoff over Kiev’s failure to implement the terms of the Minsk agreements, and Russia’s eventual recognition of the Donbass republics in Donetsk and Lugansk. The German- and French-brokered Minsk Protocol was designed to regularize the status of the regions within the Ukrainian state.