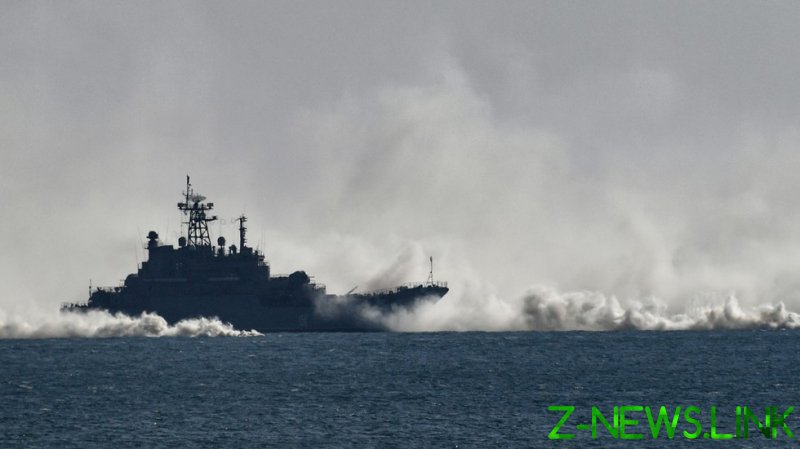 Speaking in an interview with Baltic news outlet Delfi on Monday, Dmitry Kuleba said that “in the worst-case scenario, the Kremlin could try to undermine the security architecture that has developed since the Cold War in Europe and redraw borders by force.” He cited the brief war between Russia and Georgia in 2008, as well as the country’s reabsorption of Crimea in 2014.

“Of course, Russia views invasion as one of its available alternatives,” he said. However, at the same time, he admitted that “there is no evidence that the decision on its implementation has already been made in Moscow, but the option is on the table.”

According to Kuleba, Russia failed to achieve all of its goals with Kiev in 2014, meaning that it will be no easy feat for Moscow’s military to march through his government’s country.

The top diplomat claimed that Ukraine and its partners are working to dissuade Russian officials from choosing an “incursion,” which he believes will only be possible through a strong policy aimed at containing Moscow, rather than through making concessions. Moscow, however, has consistently denied it is even considering an all-out offensive, and similar allegations in recent months have also not come to pass.

Kuleba’s comments come in the wake of several Western publications pushing rumors that the Kremlin is plotting an offensive against Ukraine after Kiev’s domestic intelligence agency released a theoretical plan outlining how Russian troops could storm the country. According to American CBS News, the likelihood of an alleged Moscow attack increases “as the weather gets colder.”

On Sunday, Russian President Vladimir Putin’s spokesman Dmitry Peskov described the reports as groundless accusations. “This hysteria, which is being stirred up now in the Anglo-Saxon media, in the Ukrainian media, and is supported by Ukrainian politicians led by the head of state [President Volodymyr Zelensky], is absolutely unacceptable,” the Kremlin press secretary said.