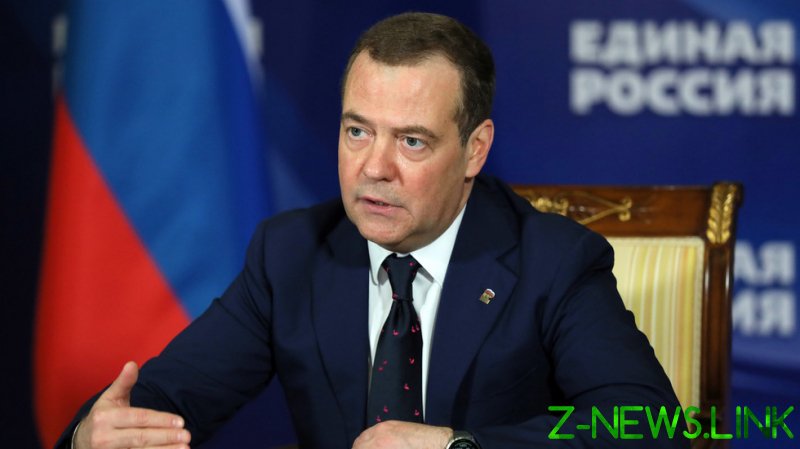 Moscow stands alone in its battle against the US-led NATO military bloc and is capable of vanquishing its enemies on its own, Russia’s former president Dmitry Medvedev has said.

“Russia alone is fighting NATO and the Western world,” Medvedev, who is the deputy head of the nation’s Security Council and the leader of the ruling United Russia party, wrote on his Telegram channel on Saturday.

“We are capable of destroying a mighty enemy or alliances of enemies by ourselves,” the former president stated, adding that during its military activities Moscow is seeking to preserve the lives of its soldiers and civilians.

Medvedev wrote that Russia has not yet used “its full arsenal” of weapons and has not struck “all potential enemy targets.” He added that “there is time for everything.”

“It is Russia who today is forming the future world order,” the ex-president argued, stressing that “this new equitable world order will be formed.”

Medvedev’s words come amid Kiev’s increasing reliance on Western military and financial assistance in the ongoing conflict. The US, together with the EU and several other countries, imposed sweeping sanctions on Russia after Moscow launched its military operation in late February.

Kiev has received massive military assistance from the West during the conflict. The US announced an additional $1.1 billion for Ukraine in September, bringing the total amount of military aid for the country to nearly $17 billion since President Joe Biden took office in early 2021.

In early October, the Donetsk and Lugansk People’s Republics, as well as Zaporozhye and Kherson Regions, officially became part of Russia following referendums that saw the majority of local residents vote in favor of accession.