Home / WORLD / Russia slams US reaction to murder of journalist

Russia slams US reaction to murder of journalist 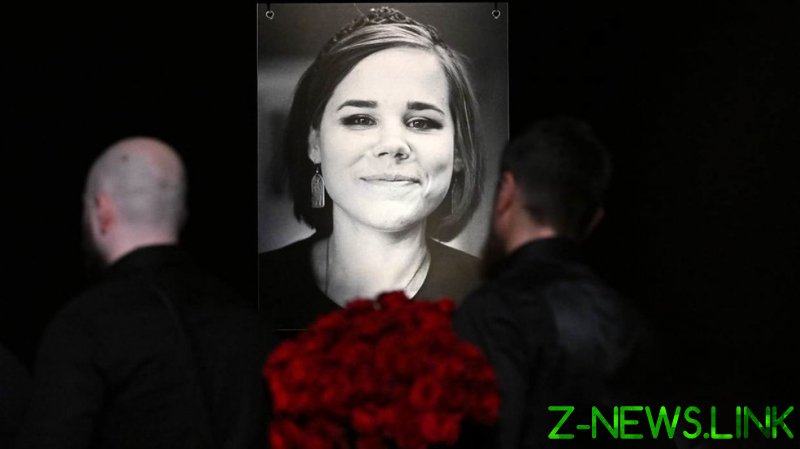 The US has no moral right to lecture any nation about human rights after downplaying the assassination of Russian journalist Darya Dugina, Foreign Ministry spokesperson Maria Zakharova has said. Moscow has accused Kiev of masterminding the car bombing that resulted in her death.

The reaction of the US Department of State to the high-profile murder and the evidence that Russia released in the investigation discredits Washington’s claim that it is concerned about human rights, Zakharova said on Tuesday in a social media post.

“Washington has no moral right … to judge the state of human rights in faraway places if they don’t even comment on the murder of a journalist,” despite claiming to care about protecting the media, she said. “They simply did not take notice that she was a public figure.”

Dugina was killed by a bomb planted under the car of her father, controversial Russian philosopher Aleksandr Dugin. She was a notable figure in her own right, working as a journalist and advocating for nationalist causes in Russia.

Russian investigators said they identified the killer as a Ukrainian woman, who allegedly cased out her target beforehand, going as far as renting an apartment in the same block where Dugina lived. Open-source data indicate that the suspect, Natalya Vovk, serves in the Ukrainian military. Moscow accused Kiev of ordering the assassination, which the Ukrainian government has denied.

Ned Price, the spokesman for the US Department of State, commented on the death of Dugina on Monday, stating that Washington “unequivocally [condemns] the targeting of civilians,” be they in Ukraine or Russia.

“I don’t have anything to share beyond what you have all heard publicly, and that is that Ukraine has denied any involvement,” he said. Price added that he has “no doubt that the Russians will put forward certain conclusions” after investigating the bombing.