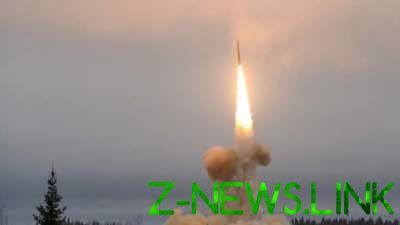 Spent in Russia, according to the defence Ministry of the Federation, the planned training for the management of strategic nuclear forces. The event was attended by the President of the country Vladimir Putin.

This was reported by press Secretary of the Russian President Dmitry Peskov.

The teachings were brought to the aircraft-missile carriers, nuclear submarines and strategic missile forces of the cosmodrome “Plesetsk”.

The representative of the Russian President added that Vladimir Putin personally launched 4 ballistic missiles. In particular, it has been launched missile “Topol”, which was launched from the cosmodrome “Plesetsk” on the ground.

It is known that the start was made at night. In the video, which was published by the Russians, is seen preparing for the launch of the rocket “Topol”, a takeoff of bombers and launch of two ballistic missiles from a submarine.