Russia shot the employee of the human rights project 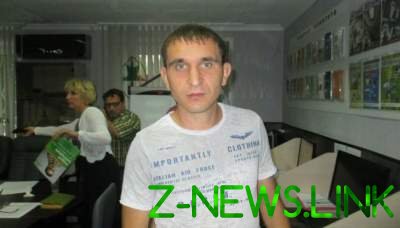 The incident took place in Vladimir.

In the Russian regional center of Vladimir unknown shot the coordinator of the human rights project Gulagu.net Boris Ushakov. This was reported in the Facebook project founder Mr Seckin.

He said that prior to this Ushakov in detail about the killings and the abuses by prison staff on prisoners in Vladimir region. “He (Ushakov – ed.) submitted more than 20 statements on the specific facts of killings and torture, in its latest statement pointed to the involvement of FSB officers to torture”, according to the Seckin.

See also:  In Mont are ready to test the controversial law on education

According to him, after the attack, Ushakov survived the incident took MVD and SK. But according to Ushakov himself, arrived on the scene, security forces have been acting strange. “The place where he was shot from the killer, not fenced, on his trail several times, past employees of the interior Ministry and the man who introduced himself as investigator and hastily left the place of the accident, allegedly went for a forgotten identity. Bob says that it’s like a bad detective. Thus Boris did not admit in his rented house, not even allowed to go in and charge only phone. I have the feeling that he just want to leave with us,” he stressed.

See also:  State of emergency in St. Petersburg: unknown rushed to the subway passengers with knife

Previously Ushakov contacted the police about the threats to his life, but then a criminal case was not initiated.