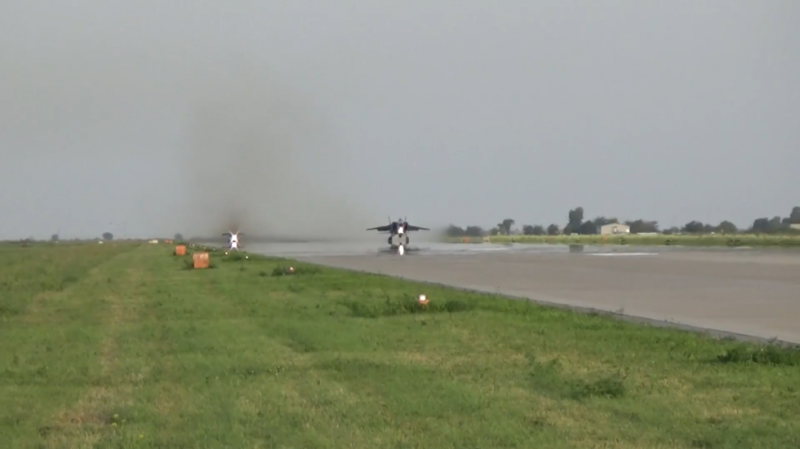 The Mikoyan MiG-31, first built during the Soviet Union, is a supersonic aircraft currently in operation with the armed forces in Russia and Kazakhstan. The MiG-31K planes, the variant sent to Middle Eastern countries, were upgraded in 2018 to enable them to carry the state-of-the-art Kinzhal missile.

The Kinzhal – which means ‘dagger’ in Russian – can fly at Mach 10 speed and is said to have the ability to perform evasive maneuvers in-flight. It can carry both conventional and nuclear warheads.

The planes are taking part in a joint exercise between the Russian Navy and Air Force in the east part of the Mediterranean Sea, where they will join other warplanes, ships, and submarines.

Russia’s Khmeimim airbase in Syria is located on the coast. The training will include testing the planes’ capabilities in high temperatures and studying how they perform during long flights over the water.

The second runway at Khmeimim was recently reconstructed and lengthened, and now, for the first time, larger planes can land at the Syrian airbase. Moscow’s longtime alliance with Syria dates back to the Soviet period; Russia has been involved in the country’s Civil War since 2015, when it was invited by the Damascus government to help fight against a terrorist insurgency in the country.

Last month, Russia deployed Tu-22M3 long-range bombers to Khmeimim. The Tu-22M3 was one of the first planes to take advantage of the reconstruction.