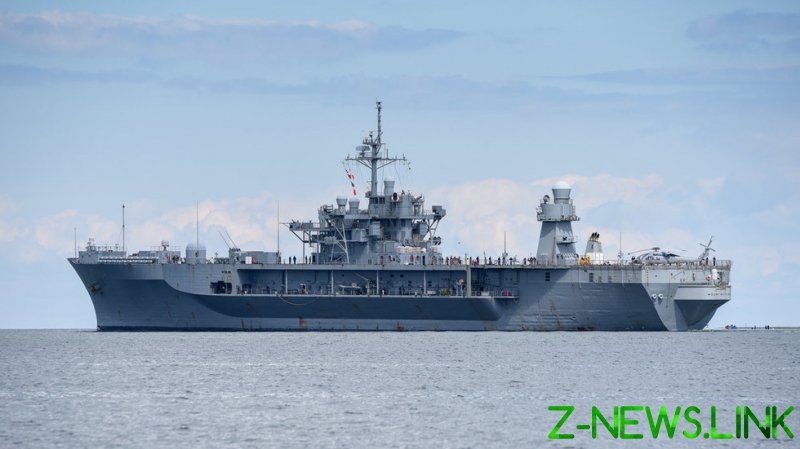 Speaking during a meeting with the top brass of the country’s military and defense industry bosses on Monday, Russia’s president stressed the need to further improve the nation’s defensive capabilities, particularly in the airspace sector.

“This need has been prompted by the leading countries’ developing innovative strike weapons with advanced speed parameters,” Putin said, adding that the ramped-up NATO activities along Russia’s borders reinforce that need further.

“The general military-political situation also requires further effort, prompted partly by the increasing numbers of NATO flights close to Russia, and NATO ships with guided missiles appearing in the Baltic and Black Seas,” he said.

The USS Mount Whitney has become the second US military vessel to arrive in the Black Sea in a matter of days. Another warship, the destroyer USS Porter, armed with guided missiles, entered the region on Saturday. The deployment has already been condemned by Moscow, with Foreign Minister Sergey Lavrov stating that such activities are a part of Washington’s consistent policy to stir up confrontation between Russia and its Black Sea neighbors, many of whom are NATO members.

“The demonstration of the US Navy flag in the Black Sea is not an isolated incident. There were several times when the United States explicitly explained the need for its warships to enter this waterway to ‘contain’ Russia,” Lavrov said on Sunday, on the sidelines of the G20 summit in Rome.

The apparent ramping up of activities by the US and NATO militaries in close vicinity of Russia’s borders comes as the ever-cold relations between the bloc and Moscow continue to deteriorate.

Last month, the US-led bloc announced it would expel eight Russian diplomats from its Brussels headquarters, reportedly over their alleged involvement in some form of “espionage.” In response, Russia announced the suspension of all ties with the bloc, returning its entire delegation home and shutting down NATO’s office in Moscow.

The long-running Russia-NATO Council meetings, originally designed to improve ties between the bloc and Moscow, had achieved effectively nothing, Lavrov said. Instead, the tool was being used by the bloc to “to teach us how to live,” as well as to try and press Russia into submission.

“Their whole interest was whipping up propaganda and putting pressure on Russia,” Moscow’s top diplomat stated. “We rely on facts, and the facts are that NATO does not want any co-operation with us.”