Russia says Ukrainian helicopters carried out strikes on its territory 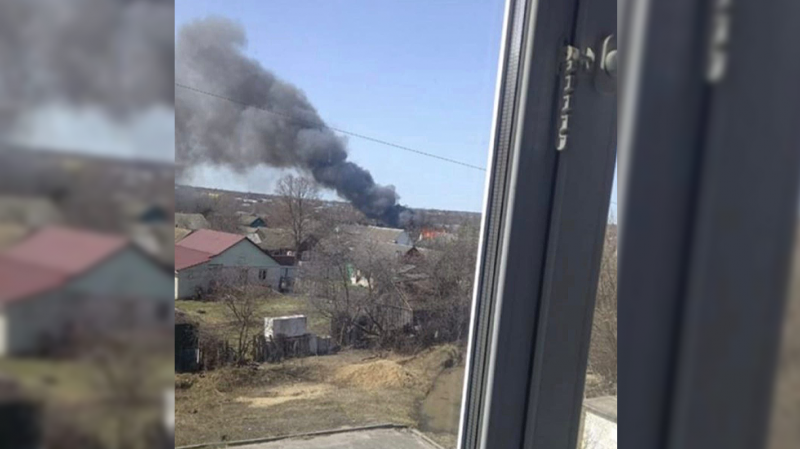 Russia has claimed that two Ukrainian helicopters were responsible for an attack on the border village of Klimovo in Bryansk Region on Thursday, which left seven people injured. The incident had earlier been attributed to the Ukrainian military by the region’s governor.

An update on the attack was given by Russia’s Investigative Committee, which said it was treating the incident as a criminal conspiracy. Its statement said two Ukrainian military attack helicopters crossed into Russian airspace at around midday local time, flying at a low altitude.

The aircraft fired heavy weapons at the village, delivering at least six strikes on residential buildings, the statement said. Seven people were injured and six houses were damaged in the attack, the investigators said.

Earlier, health officials said a two-year-old boy and his mother, who is pregnant, were among the seven victims of the attack. Two people were said to be in a serious condition.

The attack was one of two separate incidents in the border area on Thursday that Russian officials blamed on Ukrainian forces. The second one was an alleged Ukrainian shelling of a border crossing some 40km southwest of Klimovo.

Russian border guards said a group of some 30 refugees from Ukraine came under mortar fire as they were passing the checkpoint. Nobody was hurt in the attack, but two civilian cars were damaged, the report said. 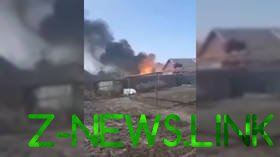 The Russian Defense Ministry on Wednesday warned it may escalate military action in Ukraine if the country’s military conducts more attacks on targets in Russia. “Decision-making centers” in Kiev may be targeted, the statement said.

Russia attacked its neighbor in late February, following Ukraine’s failure to implement the terms of the Minsk agreements, signed in 2014, and Moscow’s eventual recognition of the Donbass republics of Donetsk and Lugansk. The German- and French-brokered Minsk Protocol was designed to give the breakaway regions special status within the Ukrainian state.