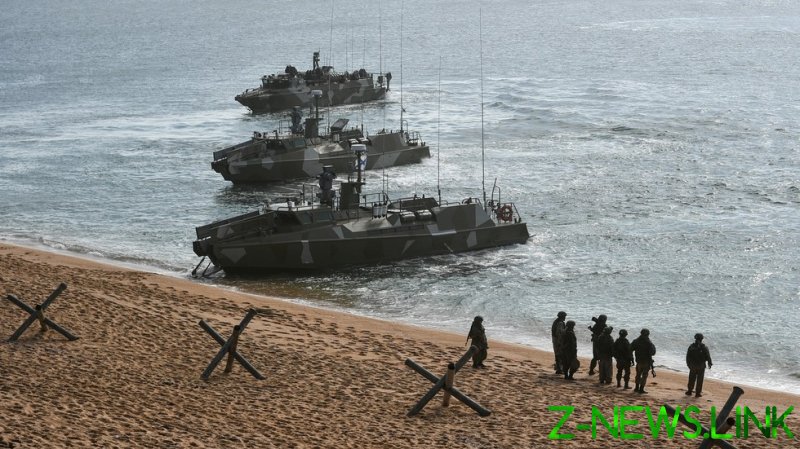 Speaking to the press on Friday, Kremlin spokesman Dmitry Peskov slammed the suggestion as groundless.

Reports that Washington fears Russian aggression against Ukraine were first published by business outlet Bloomberg on Thursday. Citing unnamed sources, the news agency reported that US officials had briefed their partners in the EU over a “potential invasion,” noting that their concerns were backed by “publicly available evidence.”

“Such headlines are nothing but empty, unfounded tension build-up. Russia poses no threat to anyone,” Peskov reiterated.

The suggestion was earlier refuted by Dmitry Polyanskiy, Russia’s first deputy ambassador to the UN, who wholly denied any plan to attack its neighbor.

“We have never planned [an invasion] and never will, unless we are provoked by Ukraine or someone else, and it is a matter of defending our national sovereignty,” he said.

Russian MP Viktor Vodolatsky also commented on the accusation, suggesting that the article is more indicative of NATO’s plan to create conflict in Ukraine.

“This is all done with only one goal: to get Ukraine involved in a war, realizing that Russia will not turn a blind eye to it,” he said. Vodolatsky is the first deputy head of the parliamentary committee on CIS Affairs, Eurasian Integration, and Relations with Compatriots.