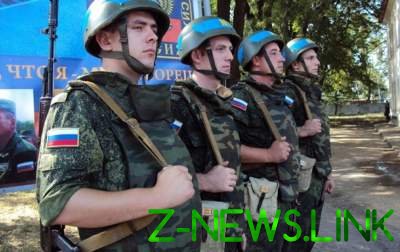 The Russian foreign Ministry called an “odious and dangerous,” a resolution of the UN General Assembly demanding the withdrawal of Russian troops from Transnistria.

This is stated in the commentary of the Russian foreign Ministry.

“On 22 June, the UN General Assembly adopted the thrown Moldovan side provocative draft resolution entitled “Full and unconditional withdrawal of foreign armed forces from the territory of the Republic of Moldova”. However, I can not mention that the responsible majority of the States members of the world organization did not consider it possible to identify with such an odious and dangerous initiative of some Moldovan political circles and either voted against it or abstained” – said the Russian foreign Ministry.

It is emphasized that in 1992 “thanks to the timely intervention of the Russian troops had halted the bloodshed on the Dniester, created the conditions to start the process of peaceful settlement”.

“To this day the Russian military contingent remains a guarantor of peace and stability in Transnistria. The adoption of the resolution could undermine the fragile progress that has been made in recent months on the track Transnistrian conflict settlement”, – the document says.

“In this regard, see the initiative as a blatant publicity move part of the political leaders in Chisinau seeking motivated incitement of anti-Russian sentiment to score points in the eve of the upcoming parliamentary elections,” – said in comments.