Russia said the actual Ukraine’s withdrawal from the Minsk agreements 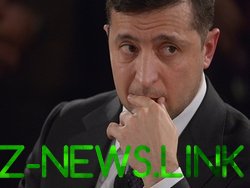 Resolution of the Verkhovna Rada of Ukraine on the appointment of local elections in October 2020 can be interpreted as the actual output of the Minsk agreements. This was stated by the representative of the foreign Ministry of Russia Maria Zakharova at the briefing, the stream of which is published on the Youtube channel RT in Russian.

The representative of Moscow called the decision of the Ukrainian Parliament contrary to the complex of the agreed measures to resolve the conflict in the Donbas. “This situation cannot but worry that we demand from the Ukrainian side a clear explanation on this issue,” she said.

However, Zakharova said “positive progress” in implementing the outcomes of the Paris summit 2019 in the “channel format”. According to her, the agreement of the contact group on additional measures to strengthen the “regime of silence” awaiting signature.

July 23, entered into force the resolution of the Verkhovna Rada on the appointment of elections in local authorities on 25 October. This day will be held “regular elections of deputies of local councils and rural, settlement, mayors”, in addition to uncontrolled Kiev territories of Donbass.

July 9, Deputy Prime Minister for reintegration of the temporarily occupied territory of Ukraine Oleksii Reznikov stated that the Minsk agreement has lost its relevance. As explained by the politician, they do not correspond to current realities. Time expired, and the agreement was never implemented, he added. Earlier, the head of the Verkhovna Rada Committee on foreign Affairs Oleksandr Merezhko said that “Minsk-2” is a recommendation.

Such a statement often began to sound after this in March by the President of Ukraine Vladimir Zelensky promises to withdraw from Minsk agreement if the “channel four” during the year will not reach real results in the Donbass.