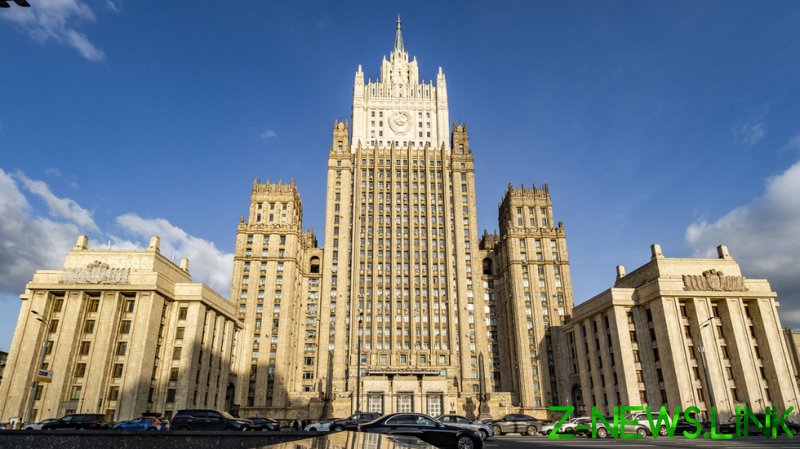 The draft documents, which were given to US Assistant Secretary of State Karen Donfried on Wednesday and revealed to the public on Friday, include a request for a wide range of guarantees from both NATO and Washington that are aimed at boosting the security of all parties involved.

The suggestions come amid ever-increasing tensions between Russia and the US. The state of relations between Moscow and Washington has deteriorated over the past decade, beginning with disagreements over the NATO intervention in Libya in 2011 and rather exacerbated by crises in Syria and Ukraine. Since then, the sides have traded economic sanctions, diplomatic expulsions, and bolshy rhetoric. This has also bled over to Moscow’s relationship with NATO, which Washington controls. Earlier this year Russian Foreign Minister Sergey Lavrov described the relationship between Moscow and the bloc as non-existent.

The latest proposals also come a week after Russian President Vladimir Putin held a virtual summit with his American counterpart Joe Biden, where he revealed that Moscow is interested in getting firm legal guarantees from its Western partners.

What is Russia proposing?

Russia has drafted two separate documents, one for NATO and another just for the Americans. Both take the form of a contract, including legally binding promises about the future conduct of all parties.

The text delivered to the 30-member bloc focuses mainly on the movement of military personnel and material, including a promise that all signatories will not station their forces on European states that were not members of NATO in 1997. This excludes former Warsaw Pact members in Eastern Europe.

Another article in the text includes a call not to place intermediate and short-range land-based missiles in the vicinity of each other’s territory.

The document also contains a demand that current members of NATO should resist further enlargement of the military bloc, including the accession of Ukraine, which has long been a red line for Moscow. As well as promising that Kiev won’t accede, the text also includes a clause that current NATO members renounce any military activity on the territory of Ukraine, as well as in other Eastern European, Transcaucasian, and Central Asian states.

The proposition to the US includes many similar guarantees, such as an article that both Russia and the US will not use the territory of other states for the purpose of preparing or carrying out an armed attack on each other. Furthermore, the text calls on the Americans to commit to ruling out NATO expansion in countries that used to be republics of the Soviet Union.

In addition, Russia is looking for a pledge where both parties not to deploy nuclear weapons in other countries and take back any already abroad.

Why does Russia want a legally binding agreement?

In a statement on Friday, Russian Deputy Foreign Minister Sergey Ryabkov explained that the current relationship between Russia and the West is characterized by “an almost total lack of mutual trust.” According to Ryabkov, assurances and agreements given to Moscow by various US and European politicians in the 1990s have been broken, and the only way to solve the problem is by legally binding contracts.

In particular, Ryabkov noted how NATO broke its promise that it would not expand east towards the Russian border and has since accepted former Soviet republics as members.

“As the major nuclear powers, Russia and the US have a special responsibility for security in Europe. The price of war is well known in our country,” he said. “Therefore, we are extremely interested in peace and stability on the European continent.”

According to Russia’s Foreign Ministry, the Americans have received “detailed explanations of the logic of the Russian approach,” and it is now up to Washington and its Western allies to discuss how they’d like to see it amended.

“We trust that, on the basis of our draft treaty and agreement, the United States will enter into serious negotiations with Russia in the very near future,” a statement says.