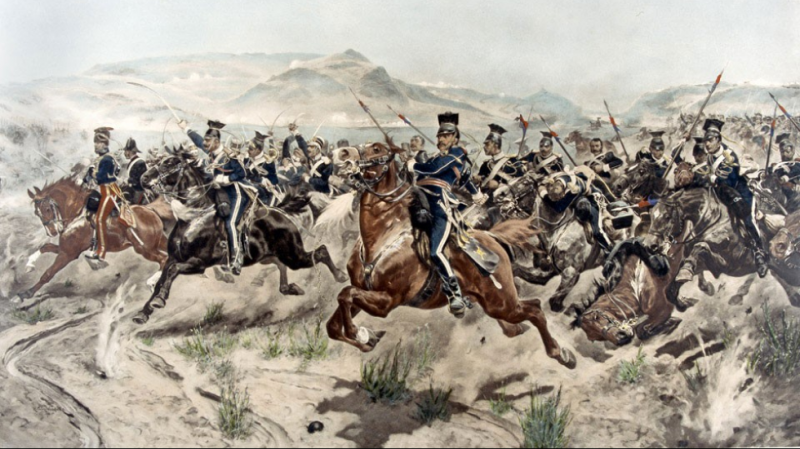 Responding to comments made on Wednesday by British Defence Secretary Ben Wallace in which he referenced the 19th-century Crimean War, the Russian Defense Ministry urged its UK counterparts to get their historical facts straight.

Commenting on the escalation of tensions in Ukraine, Wallace – a former member of the Scots Guards – evoked an episode of the Crimean War of 1853-56, when Britain and France allied with Ottoman Turkey to invade Crimea. He said the regiment in which he had served had “kicked the backside of Tsar Nicholas I” and “we can always do it again.”

The Battle of Balaklava in October 1854 entered the history books, Russian Defense Ministry spokesman Major General Igor Konashenkov said on Wednesday, but “not at all thanks to the stubbornness of the Scottish 93rd regiment, about which Wallace spoke so enthusiastically.” The unit’s only heroic deed was that they didn’t run away from the Russian cavalry like everyone else, he added. They suffered bloody losses, but didn’t secure any victories, Konashenkov said, referring to an episode that became known as the Thin Red Line on account of the Scots Guards’ scarlet uniforms.

Konashenkov added that the reason the battle was memorable was instead down to “the legendary destruction on the same day by Russian artillerymen in just 20 minutes of an entire aristocratic English brigade of light cavalry under the command of Lord Cardigan” – the infamous Charge of the Light Brigade.

The concept of “cannon fodder” entered the lexicons and military textbooks of the world thanks to the British military that day, the Russian general said.

The suicidal frontal assault on Russian artillery positions by some 600 cavalrymen, which began with a misinterpreted order, resulted in 110 dead and another 161 wounded. Alfred Lord Tennyson memorialized the charge in a poem just six weeks later, and it went down in history as one of the worst blunders of the British military prior to the First World War.

Konashenkov also brought up last week’s gaffe by Wallace’s Foreign Office colleague Liz Truss, who answered a trick question about two regions that have always historically been in Russia by saying the UK would “never” recognize that fact.

“We recommend that British military personnel study closely not only the geography of Russia but also its history, in order not to enrich our common military history with their lives for the sake of poorly educated British politicians,” Konashenkov concluded.