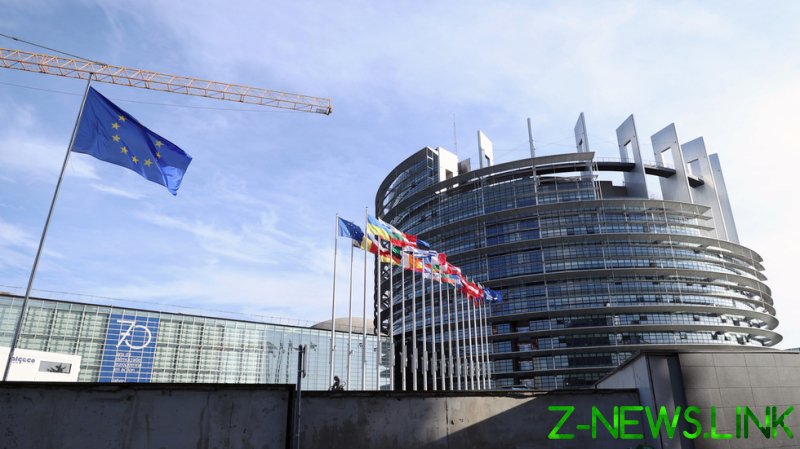 The European Parliament, which on Wednesday adopted a non-binding resolution branding Russia a “state sponsor of terrorism”, should be designated a “sponsor of idiocy,” Russian Foreign Ministry Spokeswoman Maria Zakharova has said.

The EU’s legislative body passed the decision on Wednesday in a landslide vote in Strasbourg. The document was supported by 494 MEPs, with 58 votes against and 44 abstentions. The resolution merged drafts penned by three different factions of the European Parliament.

The labeling is the EU’s latest condemnation of Russia’s military offensive in Ukraine. Some individual states, including Estonia, Latvia, Lithuania, Poland, and the Czech Republic, previously passed similar resolutions on a national level.

The move is largely symbolic, but the document urged member states to develop a new legal framework, which would allow the blacklisting, on terrorism grounds, not just individuals or organizations, but entire nations.

Ukrainian President Vladimir Zelensky hailed the news, declaring that Russia had to be “isolated at all levels and held accountable in order to end its long-standing policy of terrorism in Ukraine and across the globe.”

Moscow accused Kiev’s Western backers of ignoring its warnings that NATO’s informal expansion into Ukraine was crossing Russia’s red line. Ukraine is being used for a proxy war against Russia, and as long as it delivers, the US and its allies are prepared to turn a blind eye to any Ukrainian crimes, officials in Moscow claimed.

According to Russian investigators, the Ukrainian government is responsible for a number of terrorist attacks on Russian soil, including the assassination of journalist Darya Dugina in August and the deadly truck bombing of the Crimean Bridge in October. Western media reported that Washington suspects Kiev’s involvement too, and allegedly “admonished” Zelensky for both attacks.