Home / business / Russia responded to the investigation by Mueller

Russia responded to the investigation by Mueller 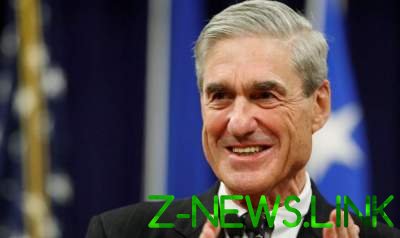 As a refutation of the specified messages to various officials.

The Russian Embassy in Washington responded to the report of spectracolor Muller to intervene in the elections of the President report of Russophobia in the United States.

On the website of the diplomatic mission laid out a 120-page document called “Rashahat-hysteria: the Case of severe Russophobia”.

The text contains reports of the American media and statements of politicians, mentioning Russia’s intervention in the presidential election. Listed as proven facts, and opinions and suspicions. As a refutation of the specified messages to various officials and politicians and published in other American journals, in which he expressed a different point of view on the presented application.

As an epigraph to the report selected a quote from the book the American Senator 1960-1970s years William Fulbright, who wrote that if American democracy will be destroyed, not by Russians or Chinese but by the Americans themselves, and the fragment of a press conference of Russian President Vladimir Putin.

The Embassy believes that the Mueller investigation found no evidence of Russian intervention (in fact it is not – ed.) and urged American partners to restore relations between Washington and Moscow. “We hope not only to normalize relations, but also to heal the political discourse in America”, – stated in the text.

Remind, earlier the Ministry of justice has published the redacted report of the special Prosecutor Robert Mueller about the outcome of the investigation into the possible intervention of Russia in the U.S. presidential election in 2016.