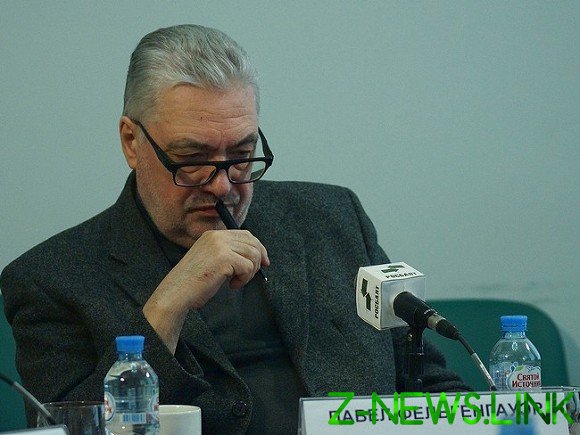 In the Kremlin ceased to hide the actual number of occasions on which they are ready to press the “red button”, says military expert Pavel Felgenhauer.

Vladimir Putin by his decree approved the principles of state policy of Russia in the field of nuclear deterrence. The document States that nuclear weapons can be used in response to the application of enemy nuclear weapons or other weapons of mass destruction not only in Russia but also to its allies. In addition, it is assumed that to aim missiles and can be on the States not possessing nuclear weapons if they consider Russia as a potential enemy, are opposing the Russian military units and have “significant combat potential of forces of General purpose”.

This step Moscow has taken to the time when there is still uncertainty about the fate of the contract on reduction of offensive arms (SNV-3), which expires in 2021. On the eve of the US President Donald trump said he wants a “nuclear Pact” with Russia. According to him, this is the biggest problem that is in the world.

About why Vladimir Putin has decided to remind the world that Russia has nuclear weapons and willingness to use it, the observer of “Rosbalt” said military expert Pavel Felgenhauer.

— What, in your opinion, is the decree of the President of the Russian Federation on the policy of nuclear deterrence and why it appeared now?

— This document clearly existed before, he was just more sensitive or something. It is not a defense plan and not the plan of use of nuclear weapons.

— Well, Yes. Although the Americans also have a similar document. There are, however, more technical details and plans for the development of nuclear weapons. In our present decree, more than words, few specifics. Except that there is the idea that we will use nuclear weapons whenever we want. The reason for this is there’s a whole bunch. But, in General, it always was. Now just talking about it publicly.

— But still — why this document appeared now?

— Hard to say. Perhaps, as is often the case, it was prepared in advance.

— Raises questions paragraph, which States that “nuclear deterrence” of Russia can be used to “neutralize” non-nuclear forces of certain States which threaten not even Russia itself and its allies. Moreover, even if these States do not possess nuclear weapons, but have, as it says, “other types of weapons of mass destruction”…

Is everything loose concept. It all comes down to what will use nuclear weapons if we want to. Then it is not very clear what the use of nuclear weapons. What are we talking about? About one or two warheads or to launch a massive bombardment of all terrestrial and most marine forces of a potential enemy? From the text of the decree is unclear. Although some of our military theorists believe that once begun, a nuclear conflict will be global. But, in principle, possible and local, limited nuclear conflict.

— From the text of the decree follows that the idea of abandoning nuclear strike first, now you can forget…

The idea that the USSR refuses the doctrine of the first nuclear strike and will use nuclear weapons only in response to its application potential enemy, expressed at the time, the former Soviet leader Leonid Brezhnev. But this is now done even in theory.

Although, as I said, the people involved in the development of Soviet nuclear doctrine, in fact even during Soviet times, the use of nuclear weapons was expected after the first shots of a possible new war in Europe, and not only. Now it is clear that it can be used against anything and anyone. Even if the concentration of forces near the Russian Federation.

— That is, that we will use nuclear weapons only in response to its use by the other party of speech does not go?

— Yes, in this document it definitely is not. This policy adheres to today, only China, which has said it will use nuclear weapons only in response to a nuclear attack on its territory. However, Beijing this Putin’s decree supported as they now are in hard conflict with America.

In General from the decree, it follows that Russia is now relying on nuclear blackmail (“deterrence”) and that the country will continue to create even more powerful nuclear weapons.