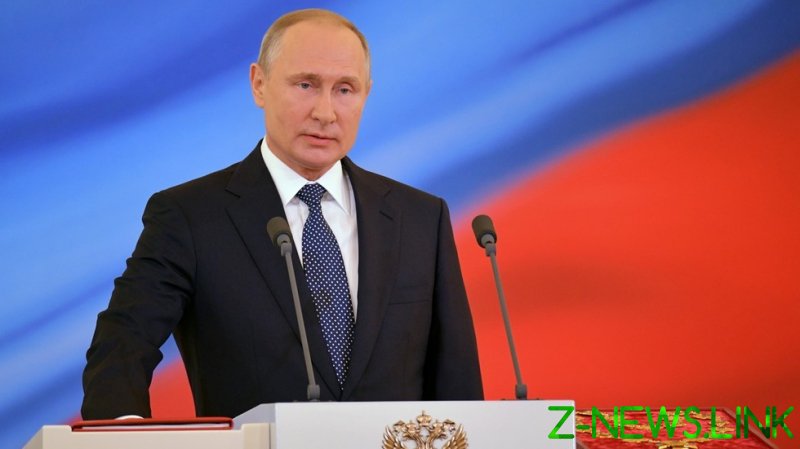 The proposal, published on Thursday by two members of the House of Representatives, insists that “any attempt by the president of the Russian Federation… to remain in office beyond May 7, 2024 shall warrant non-recognition on the part of the United States.”

The draft went on to quote the country’s previous constitution, prior to changes made after a nationwide vote last year, which stipulated that “one and the same person cannot occupy the office of president of the Russian Federation for more than two consecutive terms.”

Moscow officials have blasted the resolution. Speaking to Russian news outlet RIA Novosti on Friday, First Deputy Chairman of the Federation Council Committee on International Affairs Vladimir Jabarov said that if the resolution comes into force, “it will lead to a rupture of Russia’s relations with the United States.”

Jabarov called the draft “devoid of any common sense” and was unconvinced it would be passed by Congress.

Reacting later on Friday, Kremlin Press Secretary Dmitry Peskov said that “each time we think nothing more ridiculous, aggressive, unfriendly and unconstructive can come from the other side of the ocean, we’re proven wrong…” According to him, “this is an excellent demonstration to the countries of the world that the US is officially interfering in the internal affairs of other nations.”

Deputy Speaker of the Federation Council Konstantin Kosachev went as far as to dub the proposal as American interference in Russia’s presidential elections, remarking that the “provocation” was “nothing new and nothing unexpected” in a Facebook post.

The bipartisan draft resolution, put forward by Tennessee Democrat Stephen Cohen and South Carolina Republican Joe Wilson, was a response to the vote that amended Russia’s constitution, which means that Putin could potentially run for another two terms as leader.

The nationwide poll in the summer of last year saw 78% of Russians vote in favor of the changes. The new revisions also include the redistribution of power between state bodies and a move to enshrine marriage as a union between a man and a woman, eliminating the possibility of legalizing same-sex weddings.

Months before the plebiscite, Putin remarked that the amendments were aimed “to ensure the further development of Russia as a welfare state [governed by] rule of law [and] increase efficiency of our country’s institutions.”