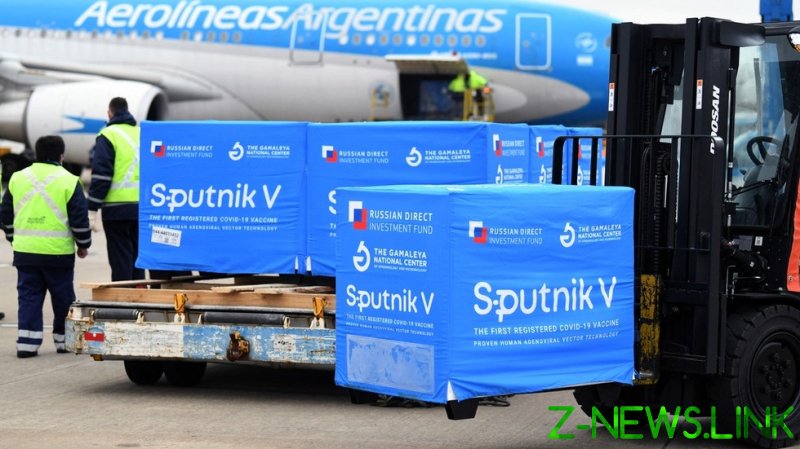 The offer was made through Sputnik V’s official Twitter account, which is managed by the Russian Direct Investment Fund (RDIF). The state-run agency bankrolled the vaccine’s development and handles its promotion overseas.

“Today RDIF offers Pfizer to start trial with Sputnik Light as booster,” the statement read. Sputnik Light is essentially the first component of Sputnik V, which is administered in two doses.

In a separate tweet, the RDIF pointed to a preprint, in which researchers analyzed the data of more than 50,000 patients in the Mayo Clinic Health System in Minnesota.

The researchers linked the change to the more contagious Delta variant of the coronavirus, the prevalence of which in Minnesota grew from 0.7% in May to over 70% in July.

The Pfizer and Moderna vaccines operate via a similar mechanism, since both belong to the class of mRNA vaccines, while Sputnik V and Sputnik Light are adenovirus vector vaccines.

Russian Health Minister Mikhail Murashko said on Wednesday that Sputnik V is 83% effective against the Delta variant, and its efficacy against severe cases is over 95%.

The Delta variant, which was first discovered last year in India, has been rapidly spreading across the globe. According to the US Centers for Disease Control and Prevention (CDC), the Delta strain, which has become dominant in the country, is nearly twice as contagious as the previous variants.