Home / economy / Russia predicted a series of quarantines until 2021

Russia predicted a series of quarantines until 2021 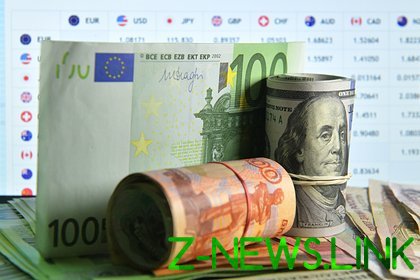 Experts of the Moscow office of the international consulting company Boston Consulting Group (BCG) described four scenarios of the situation with coronavirus in Russia and its impact on the economy. This writes owned by Gregory Berezina RBC.

Most likely, analysts have considered the forecast in which in the country until 2021 will occur in repeated waves of epidemics and, as a consequence, a series of quarantines. The situation normalized only after you receive a vaccine, they say. In this case, GDP will fall by 7-10 percent.

Also, experts have identified three scenario. Under the most favorable crisis limited to the first wave, and the annual GDP will lose about 4-6 percent. The other scenario assumes that the crisis drags on, stop industrial production, and will start a large-scale crisis of liquidity in the economy. The loss of GDP is thus estimated at 10-15 percent.

According to the most pessimistic forecast, will begin the multi-year recession of the world economy. However, experts call it unlikely and don’t see the prerequisites.

Earlier, analysts BCG described a new economic reality, which will continue the existence and after the era of pandemic coronavirus. They believe that the world is waiting for a new round of digitization, preservation trend, with increased staff mobility, flexibility of operation and is a priority occupational safety and health personnel. In addition, production occurred localization of supply chains, increased resilience to crises, developed remote methods of control, experts said.

As of may 21, the world more of 5.04 million infected with the coronavirus, including more than 329 thousand died, more than 1.9 million cured. The most affected from infection of the country — the US, Russia, Brazil, UK and Spain.