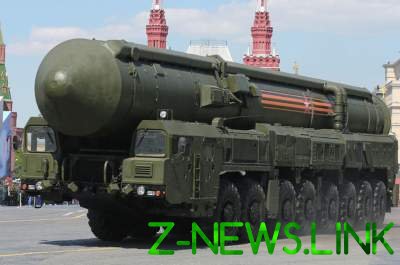 Russia’s foreign Minister outlined the country’s position on nuclear disarmament during a speech in new York. Depodesta spoke against immediate denuclearization and in particular against a Treaty banning nuclear weapons.

The text of the statement by the delegation at the session of the Preparatory Committee of the Conference 2020 for the NPT review was posted on the foreign Ministry website.

“We are not ready to support the efforts of some States for the immediate prohibition of nuclear weapons. Respect their position and understand her motives. However, we believe the production of a Treaty banning nuclear weapons. This initiative does not contribute to nuclear disarmament undermines the NPT and provokes the contradictions between its participants”, – said in a statement Russian dipvedomstva.

In addition, the presentation discussed about the violations of the Treaty on the elimination of intermediate and shorter-range missiles (INF Treaty) with the US which eventually withdrew from the agreement in February 2019.

“Everything goes to the fact that one of the key disarmament agreements in August, will expire. We believe this is a serious mistake, responsibility for which the US must divide their supporters in NATO countries”, – said the Russian delegation.

This and other violations of agreements in the field of disarmament and make it impossible for a Treaty to ban nuclear weapons at the present time, says the Russian foreign Ministry.