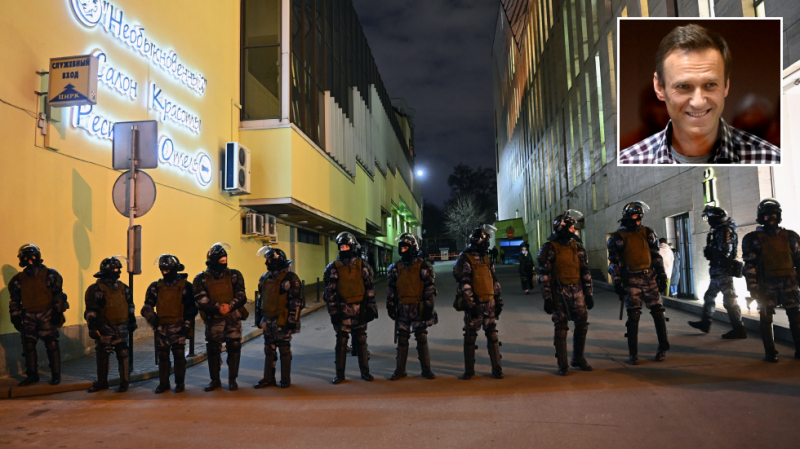 Russian liberals should now establish a responsible presence in the political system. This demands replacing revolutionary politics and foreign sponsors with the development of accountable political platforms providing solutions to complex problems.

Russia’s turbulent history has largely been defined by revolutionary change. The past millennium has been siloed into fragmented periods – from the Kievan Rus, the Mongol state, Muscovite Russia, Peter the Great’s Cultural Revolution, the Great Reforms following the Crimean War, the democratic change of 1905, the Bolshevik Revolution of 1917, and the liberal success in 1991. The fragmented history has been disruptive and destructive as each period made a break with the former. The enduring legacy has been competing visions of Russia’s future and the reliance on authoritarian governance for stability.

Revolutionary change is defined by uprooting the existing system to give way to something entirely different. Revolutionaries seize power by selling a utopian vision of the future anchored in human freedoms, yet revolutions are usually followed by authoritarianism and coercion as the new leaders do not rest on the consensus and legitimacy of the past.

Liberalism was also introduced as a revolutionary change in Russia as part of the Decembrist revolt in 1825, which aimed to overthrow the government to impose ideas imported from France. The event set Russian liberals on a radical path and incentivised Tsar Nicholas to respond by rooting out revolutionaries and strengthening the autocracy. For the next two centuries, the opposite of centralised power has been anarchy, not liberal democracy.

The Democratic Revolution of 1905 had a weak foundation as democracy had not developed gradually and the rapid changes did not have deep roots in the political culture. The freedoms were enabled with the stroke of a pen, and then removed just as easily when the Bolsheviks took power a decade later by taking advantage of the ensuing instability.

Democracy is imperative to cultivate a peaceful transfer of power and to ensure gradual change. By contrast, the concept of a “democratic revolution” is paradoxical to the extent it entails the undemocratic seizure of power by a political group without democratic accountability. Destroying existing social structures without replacing them with viable alternatives is the definition of anarchy, which then leaves the option of collapse or authoritarianism to restore control. Thus, liberals share the blame for the dichotomy of centralised control versus anarchy for failing to shed their revolutionary origin.

Political opposition often tumbles in opinion polls once they enter government as criticism of the status quo must then be accompanied by solutions. This is all the more true for Russian liberals who generally focus their energy on street protests. Protests are a legitimate form of democratic participation to hold the government accountable, yet there is virtually no accountability for street protesters who do not present solutions to complex problems.

This means Russian liberals should transition from revolutionary street protests and organise into Russian politics, which includes accepting accountability.

Russian liberals have a long history of accommodating Western powers as allies. This makes Russia vulnerable to empires, presenting themselves as humanitarians, that supposedly never fight other countries, but only the leadership of adversarial countries in alleged support of its oppressed people.

Tearing down the existing system without replacing it with something viable is a treacherous platform for a political opposition, but a reasonable strategy for foreign powers that want to see Russia weakened.

Of course, people are aware of this and it means that as Russian liberals attract powerful support from the West, they lose their domestic appeal.

It should not be controversial to argue that the US, like any other power, defines its strategic interests primarily by power rather than the promotion of values. For example, the RAND Corporation, a leading US think tank linked intimately to US intelligence services since the 1940s, published its “Extending Russia” strategy in 2019, which was designed to destabilise Russia and its neighbourhood. The document contained explicit strategies for preventing energy exports to Europe, escalating sanctions, promoting a Russian brain drain, militarizing the conflict with Ukraine, supporting Syrian “rebels,” promoting regime change in Belarus, “exploiting tensions” in South Caucasus, reducing Russian influence in Central Asia, and providing indirect support to Navalny and other domestic actors who undermine the legitimacy of the Russian government and destabilise Russia.

What is remarkable is that all these strategies are defined in terms of power competition to defeat an adversary, but expressed publicly in the language of human rights and democracy. You might ask who they think they are kidding?

Navalny: from anti-corruption blogger to aspirations for political power

The Navalny case exemplifies a failed transition from political activism to seeking political power. The populist protest leader began as a dissident and anti-corruption blogger pushing for government accountability. At first, he seemed to be pushing for incremental change and that earned him a reasonable amount of popularity, especially in Moscow, his home city.

However, since Navalny aspired for political power through revolutionary change, he became an important instrument of Washington but was unappealing to most of the Russian population. The simplistic narrative of a benign protagonist attempting to bring down a villain can still mobilise a crowd, but it masks a revolutionary approach to politics that is not liberal, nor democratic, and doesn’t offer solutions.

The unconditional support from the Western political-media establishment, running a de facto presidential campaign for Navalny, has helped him to mobilise the population without any accountability for his accusations or alternative solutions. As a case in point, his video about Putin’s alleged palace on the Black Sea was debunked by the Financial Times a decade ago.

However, this time around, the Western media largely devoted their reporting to the number of views on YouTube and the possible damage to Putin, instead of exploring the weak foundations of the allegations. The subsequent demonstrations are not assessed in terms of the prospect for reforms, rather the media gets lost in dreams of regime change.

Since January this year, Britain’s Guardian has published 78 articles and videos about Alexey Navalny and 16 on Julian Assange. A strange distribution of coverage for a British newspaper given that Assange is jailed in Britain for conducting journalism, and Navalny is a foreign activist in a far-away state.

The Western media enthusiastically promoted the demonstrations on April 21 with passionate articles about Navalny. What journalists had promoted as the largest post-Soviet demonstration in Russia, that might even bring down Putin, became a flop. It now appears that Navalny actually received medical assistance from his doctor before the demonstration, but neglected to inform his followers as he tweeted from prison.

Yet again, no accountability is required when mobilising supporters, and nobody in the Western press has questioned this behaviour.

Russian liberals are needed as a component in a vibrant Russian political system capable of renewal and adapting to gradual change. This requires the repudiation of revolutionary politics, decoupling from foreign powers, and developing accountability for real solutions to complex problems.