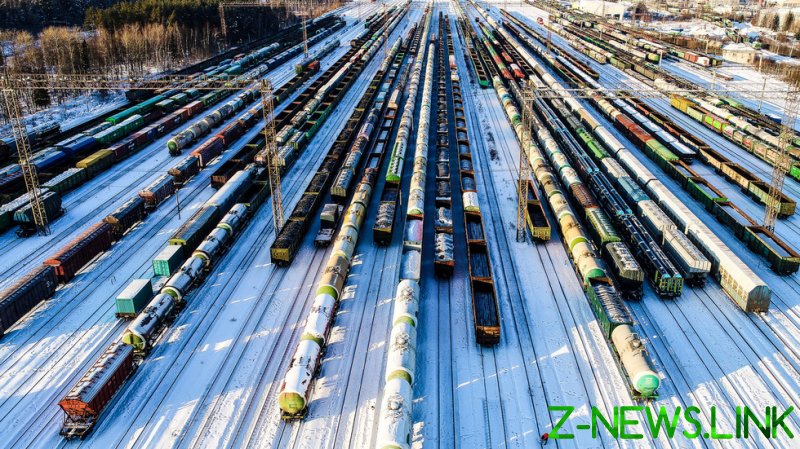 Russian billionaire Oleg Deripaska expressed the hope that Russian Railways, the country’s state-run monopoly, would take a fresh look at the country’s transportation services in the light of the catastrophic event on one of the world’s most important waterways.

According to the businessman, Russia has several projects that could easily become an adequate substitute for the Egyptian canal, the most important of which is the upgrading of the Trans-Siberian Railway, connecting Moscow with the Russian Far East.

“China doubled cargo-trafficked goods by rail through Russia and Asia in the first two months of the current year, as rising prices and the long sea delivery are forcing Beijing to increase rail transportation,” the founder of the world’s second-largest aluminum company said on Telegram.

He added that the blockage of the Suez Canal should persuade the international community to rapidly develop railway transportation from Asia to Europe.

“The most obvious and economically justified goal is to turn Russia into a major hub that could become a fully functional link between Europe and Asia,” Deripaska said.

The Suez Canal, which accounts for about 15% of all shipping traffic, was blocked when the 400-meter container vessel ‘Ever Given’ was grounded across the waterway. The blockage placed immense pressure on supply chains, and could reportedly have cost global trade up to $10 billion a week.

Deripaska stressed that the reconstruction of the key railway line, the so-called ‘Siberian Cedar Road,’ could even become a competitive alternative to the new Chinese ‘Silk Road’ connecting central Asia with Eastern Europe and the Middle East.