Home / WORLD / Russia may be cut off from SWIFT banking payment system as part of West’s ‘spiral of sanctions,’ warns country’s foreign ministry

Russia may be cut off from SWIFT banking payment system as part of West’s ‘spiral of sanctions,’ warns country’s foreign ministry 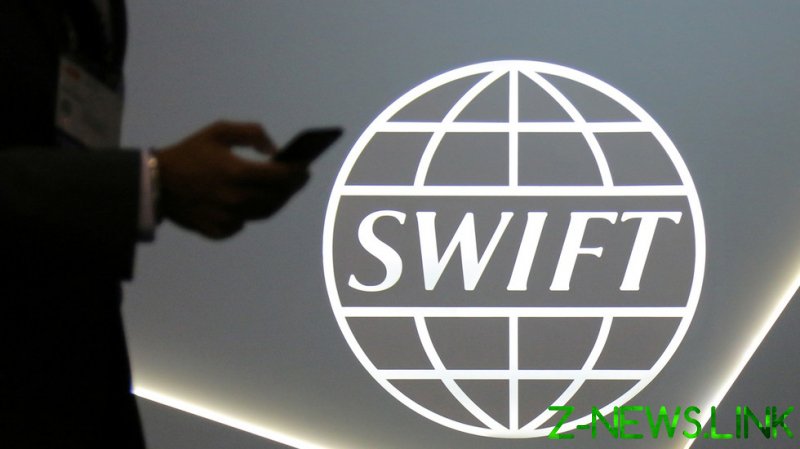 “It’s no secret that there are threats, primarily from the United States, to disconnect Russia from the SWIFT system,” said Dmitry Birichevsky, director of the Economic Cooperation Department of the Russian Foreign Ministry.

Speaking on RIA Novosti on Monday, the diplomat noted that Russia has concerns that SWIFT could get caught up in a “spiral of sanctions,” led by Washington.

However, the senior official doesn’t think America will act on this threat any time soon.

“I’m actually confident that we won’t be disconnected from SWIFT anytime soon, and maybe never,” he said, noting that Russia would be able to come to payment agreements with their trading partners anyway.

“Since 2014, Russia has been working on its own payment system. This system already exists,” he explained. “We all use the MIR card. It is also accepted in a number of neighboring countries and in Turkey. Negotiations are also underway with other partners.”

Last month, politicians from the European Parliament voted in favor of a resolution to condemn what they called Russia’s “military posturing close to the country’s border with Ukraine.” The MEPs agreed that, “should military build-up lead to an invasion,” Moscow should be excluded from SWIFT, along with other economic measures.

Proposals to cut Moscow off from the world’s leading international payment system are not new. After seven years of threats, Russia is now in a position where losing access to SWIFT would no longer be a disastrous blow. The country has created its own alternative, called SPFS, which works domestically, and Moscow is looking to expand the system internationally.

Moscow has previously warned it would consider such a move “a declaration of war.” Former Prime Minister Dmitry Medvedev, who now serves as deputy chairman of the Security Council of Russia, has also dubbed it a “punch in the gut.”