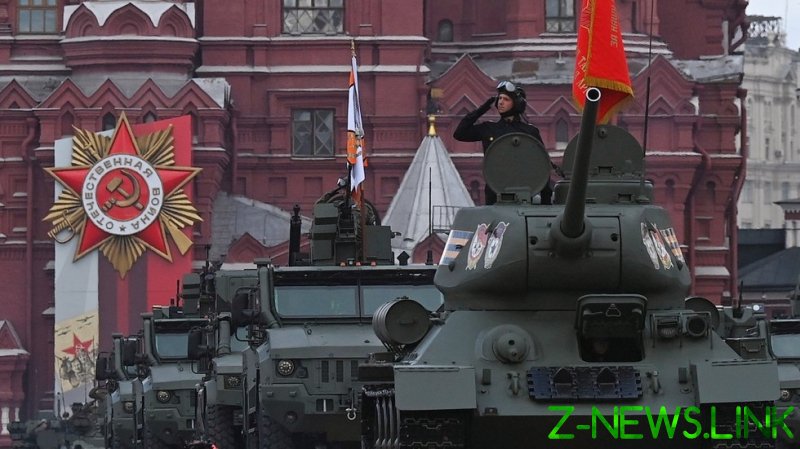 Up to 11,000 troops marched on Moscow’s iconic Red Square on Monday as Russia celebrated the 77th anniversary of the defeat of Nazi Germany during World War II. The conflict is largely called the Great Patriotic War in Russia, and May 9 is one of the country’s most revered holidays.

More than 130 armored vehicles were led by the iconic T-34-85 tank, which was one of the main ‘workhorses’ of the Red Army during the war. The state-of-the-art T-90M Proryv (Breakthrough) main battle tanks, S-400 air-defense missile systems, and Yars thermonuclear intercontinental ballistic missiles, were among other top-notch weapons showcased on the Red Square.