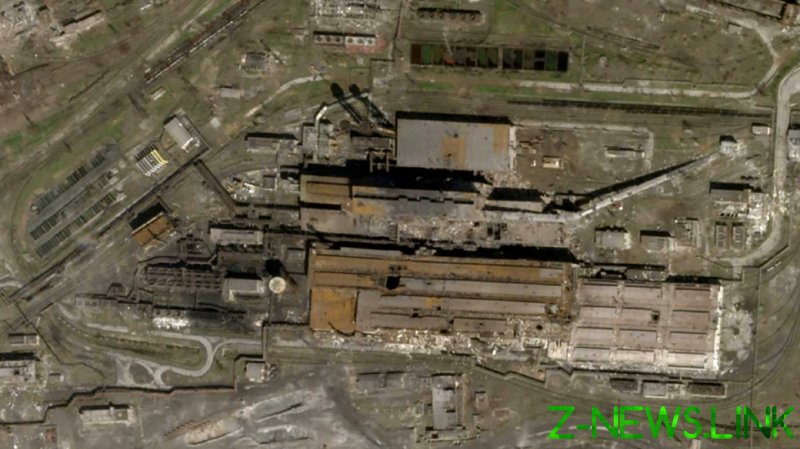 Ukrainian troops and members of the nationalist Azov battalion, who remain besieged in the Azovstal steel plant in Mariupol, can still surrender to the Russian military, the Defense Ministry said on Friday.

A day earlier, Russia announced the capture of Mariupol, with President Vladimir Putin calling off the assault on Azovstal, which remains the last holdout of the Ukrainian forces in the strategic port city. Russian troops should “seal the area so that a fly cannot get through,” Putin ordered.

In its fresh statement, the Defense Ministry pointed out that the offer to surrender to those inside the facility remained in place. “At any given moment, Russia is ready to introduce a ceasefire and announce a humanitarian pause in order to stage the evacuation of civilians (if they’re really staying in the underground structures of the steel plant) and troops of the Ukrainian armed forces and nationalist battalions.”

The commander of the Ukrainian marines, holed up at the plant, had earlier claimed that “hundreds” of civilians were trapped in there. He didn’t explain why the people would voluntarily decide to hide out together with Ukrainian troops, who are targeted by Russian forces. 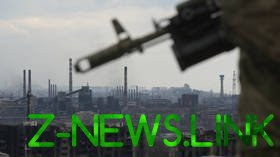 The Ukrainian fighters and foreign mercenaries only need to raise white flags along the perimeter of Azovstal to be able to surrender. “This humanitarian offer by Russia remains in force 24/7,” according to the statement.

The lives of those, who lay down their arms, are guaranteed to be spared, and they will also be provided with medical assistance – just like the Ukrainian combatants, who chose to stop resisting earlier, the Russian side insisted.

According to the ministry, the humanitarian corridors, organized by the Russian forces in Mariupol, have allowed the evacuation of 143,631 Ukrainian civilians, 341 foreign citizens as well as 1,844 Ukrainian servicemen.

Those figures are more proof that claims by Ukraine and the West that Russia is hampering civilian evacuation or is reluctant to provide necessary conditions for combatants to surrender are absolutely groundless, it added.

The 2,000 fighters, according to Russia’s estimations, that are holed up at the Azovstal steelworks have been given several opportunities to lay down their arms in recent days, but they refrained from using them.

Intercepted communications from the steel plant suggest that the Ukrainian troops and nationalist battalion fighters are short on food and water. They’re eager to surrender but can’t do so without an order from Kiev over fears of being court-martialed. 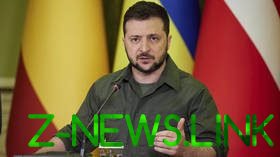 But Ukrainian authorities have so far been reluctant to give such a command. On Thursday, President Volodymyr Zelensky claimed that there was still “a military way” to unblock Mariupol, but added that it would require the “help of our partners,” apparently referring to Kiev’s backers in the West.