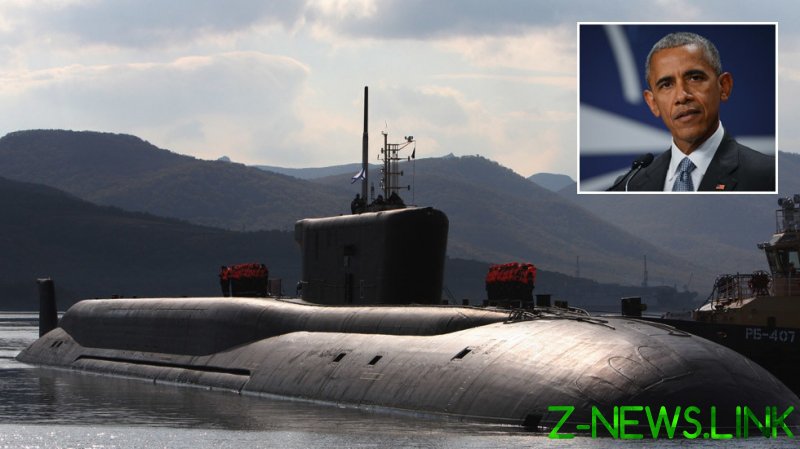 In his new book, ‘A Promised Land’, the two-term president claimed that while Russia has “a nuclear arsenal second only to our own,” the country “wasn’t a superpower anymore,” as it “lacked the vast network of alliances and bases that allowed the United States to project its military power across the globe.”

Despite this view, Obama vented frustration at how effectively Moscow had been able to oppose many of Washington’s diplomatic goals. In particular, he bemoaned that “when US-backed initiatives came before the UN Security Council … Russia blocked them or watered them down.”

In the book, Obama goes on to compare Russian President Vladimir Putin to a shady Chicago politician, “except with nukes and a UN Security Council veto.” His view of former president Dmitry Medvedev, however, was far rosier – he said Putin’s former deputy “appeared to be a poster child for the new Russia: young, trim and clothed in hip, European-tailored suits.”

Obama’s latest comments appear to go against the positions he espoused while in office. In 2016, at a speech alongside German Chancellor Angela Merkel, he said Russia was “an important country” and a “military superpower.” “It has influence in the region, and it has influence around the world,” he opined.

Aleksey Pushkov, former head of the Foreign Affairs Committee in Russia’s parliament, hit out at the comments in the new book on Tuesday morning. He argued that the implication the country was only a regional power had been proved wrong “by the development of events in Syria and Venezuela, where the United States did not achieve its goals.” He went on to add that “Obama wanted but failed to tear the Russian economy to shreds.”

In October, British think tank the International Institute for Strategic Studies claimed in a report that Russia’s military strength is “at its highest since the Cold War.” The researcher pointed to the technological capabilities of Russian forces, which include the upgrades made to infantry equipment, combat aircraft, and missiles.

Moscow has the world’s fifth-largest army, but, while the US maintains more than 800 military bases across the globe, from Africa to Asia, the vast majority of Russian troops remain at home. Earlier this month, Russia deployed peacekeepers to the disputed region of Nagorno-Karabakh in an effort to end a conflict between two former Soviet republics, Armenia and Azerbaijan.