Russia is seeking ‘pragmatic cooperation’ with US, not outright conflict, America’s own national intelligence director claims 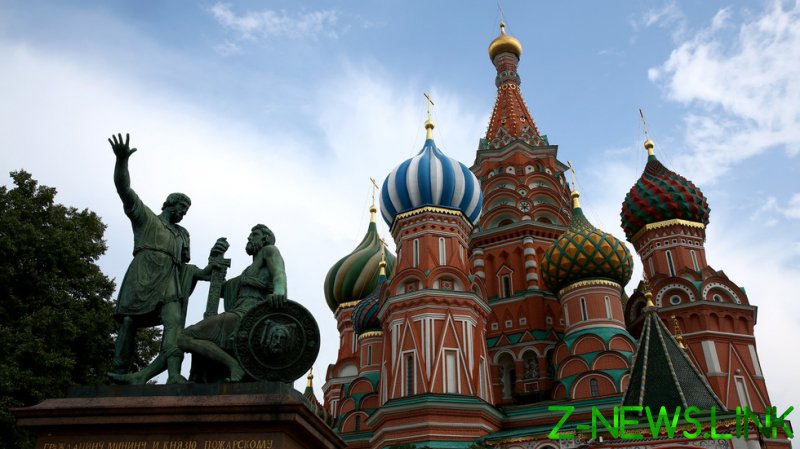 In an unclassified report released on Tuesday by Avril Haines, the US director of national intelligence, officials were optimistic about their Russian counterparts’ intentions to strengthen bilateral ties. “We expect Moscow to seek opportunities for pragmatic cooperation with Washington,” the analysis stated.

However, it added that the Kremlin would insist on forming any partnerships “on its own terms.” Russian President Vladimir Putin’s spokesman, Dmitry Peskov, has previously claimed the US is eager to deal with the country “from a position of power,” and that Moscow would refuse to engage on such a basis.

At the same time, Washington’s intelligence community said that “we assess that Russia does not want a direct conflict with US forces,” but warned its former Cold War rival “is pushing back against Washington where it can globally, employing techniques up to and including the use of force.”

Over the course of 2021, the report claimed, Moscow will employ a series of tactics “meant to undermine US influence [and] develop new international norms and partnerships.” Its approach, officials allege, also aims to “divide Western countries and weaken Western alliances, and demonstrate Russia’s ability to shape global events as a major player in a new multipolar international order.”

Despite that, the analysis concluded that the Kremlin wants to work towards a state of “mutual noninterference in both countries’ domestic affairs,” provided the US acknowledges and respects Russia’s “claimed sphere of influence over much of the former Soviet Union.”

In the meantime though, such a state of affairs still appears a long way off, and the intelligence community’s report acknowledged “Russian officials have long believed that the United States is conducting its own influence campaigns to undermine Russia, weaken President Vladimir Putin, and install Western-friendly regimes in the states of the former Soviet Union and elsewhere.”

Also on Tuesday, Putin and Biden held a telephone call in which the two leaders addressed a wide range of issues, including arms control, climate change and the situation in eastern Ukraine. The White House record said the US president “voiced concerns over the sudden Russian military build-up” in Crimea, while calling on Moscow “to de-escalate tensions.”

Biden also proposed an in-person summit within the next few months, with a range of foreign policy and global questions slated for the agenda. The meeting would be the first between the heads of state of the two nations since Putin met with former US president Donald Trump in Helsinki in 2018. Finland has again offered its capital as a neutral venue for the meeting, and Austria has also made a bid to play host as a third country.

Relations between the two nations have cratered in the wake of an interview in which Biden was asked whether he believed Putin is “a killer,” and replied, “Mmhmm, I do.” Moscow recalled its ambassador in Washington, Anatoly Antonov, for emergency talks over the comments, which sparked a furious reaction from Russian politicians.

Putin was, however, more muted in his response, saying only that “when I was a kid, when we were arguing with each other in the playground, we used to say, whatever you say [about others] is what you are yourself.” He noted that Washington is “determined” to have a relationship with Moscow, but only on “issues that are of interest to the United States itself.”