Russia is ready to negotiate – Lavrov 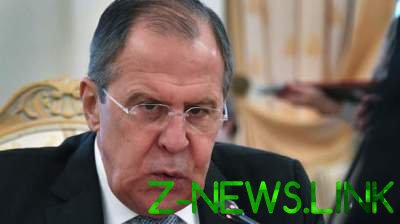 The Russian foreign Minister Sergei Lavrov said that Russia is ready to meet even those countries that “are against her unfriendly policy”, such as the United States.

“We never contact never left, including with representatives of those countries which carry out clearly hostile policy towards us. Therefore, if leaders feel the need to meet and return to the issues that seemed to us, must unite Russia and the United States, but which cause rejection in some circles within the US, I think, such a meeting will be held,” Lavrov said.

See also:  The Ministry of health started the procurement of supplies for 2017

“At least at the level of foreign Ministers of the contacts we are ready to develop, unless of course the American side would be ready to act on the basis of balance of interests, based on equality and respect of each other’s positions,” – said the Minister of foreign Affairs of the Russian Federation.

Earlier in Helsinki hosted the meeting of the two leaders of the Russian Federation and the USA Vladimir Putin and Donald trump. The meeting between trump and Putin were individual and did not include other staff in addition to interpreters.

See also:  The interior Ministry said, as border guards were killed in the Donbas

The party of Donald trump criticized his statement at a press-conference with Vladimir Putin in Helsinki.

Earlier, Senator John McCain said that the White house Donald Trump at a meeting with Russian President Vladimir Putin need to speak from a position of strength, or even to abandon the negotiations.