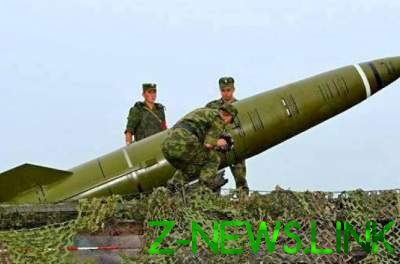 The purpose of the Federation in respect of these States is the prevention of Western, primarily American, military presence.

Diplomatic training of the Russian Federation to the possible escalation of the conflict with the United States relies primarily on priority development of relations with China, in turn zainteresovany in the Russian economic and military resources to strategic confrontation with Washington.

Moscow builds partnerships with India, Turkey and Iran, trying to maintain and strengthen constructive cooperation with Israel. Playing on the objective differences between the US and the EU, the Kremlin wants to undermine the Euro-Atlantic solidarity, to build a special relationship with Germany, Italy, Hungary, Bulgaria, Serbia and some other European States.

See also:  Pensioner killed himself trying to shoot the Director of the nursing home

About this in his article writing Nemyrych Sergei and Andrei Polishchuk. In their view, the absolute priority of Russian foreign policy remain the States of the Baltic-black sea region and Central Asia, which the Kremlin regarded as “security belt” around the Russian borders.

“The goal of Russia against these States is the prevention of Western, primarily us, military presence, restoration or preservation of political and economic control, and under favorable circumstances and participation in the Russian integration projects. Belarus is a key object of the efforts of the Russian Federation , where after Kazakhstan, the issue of the transit authority. Russia wants to secure its position in this country, and in the future to realize the project of the Union state, the complete surrender of Belarus to their interests,” – noted experts.

See also:  In Russia there was a serious emergency with military equipment. Video