Home / WORLD / Russia is our most important ally, say over 50% of Chinese people, as leaders Xi & Putin discuss closer ties between countries

Russia is our most important ally, say over 50% of Chinese people, as leaders Xi & Putin discuss closer ties between countries 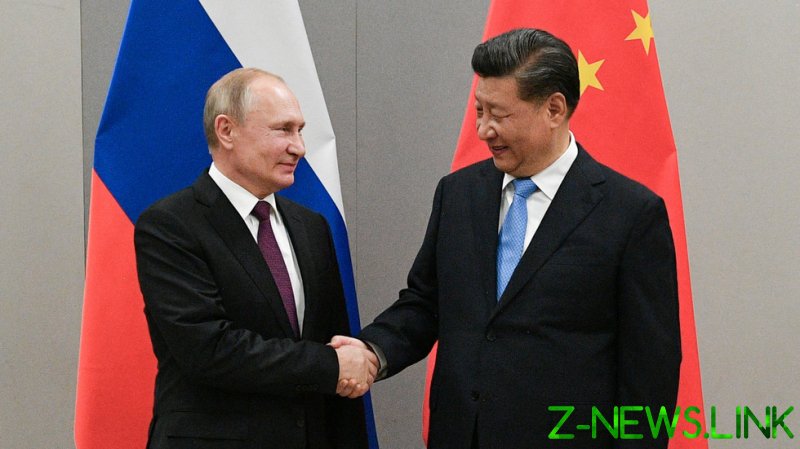 A new poll published by the widely read Global Times newspaper, which has close links to the ruling Chinese Communist Party, found that over half of the nearly 2,000 respondents viewed Russia as the country’s most important relationship.

There was a sharp reduction in the number of people saying that ties with the US had the biggest impact on China, dropping to only 47.5 percent, compared to 82.1 percent when the question was asked last year.

Diao Daming, an expert on US studies at the Renmin University of China in Beijing, said the results showed Chinese people are “seriously offended by the unilateral moves made by the US government to harm bilateral ties; but, on the other [hand], their favorable impression toward American society and culture has not been affected too much by some irresponsible moves made by US politicians.”

At the same time, China’s official state news network Xinhua reported on Monday that the country’s premier, Xi Jinping, and Russian President Vladimir Putin had shared warm words over future partnerships earlier this week. According to the outlet, which is closely linked with Chinese decision makers, the two leaders resolved to “unswervingly develop the comprehensive strategic partnership” between their countries.

Beijing has become the most significant commercial partner for Moscow, and the country is the leading destination for the export of Russian commodities, and a source of more than $56 trillion in imports. Some Western commentators have previously argued that China, the world’s most populous country, would struggle to see Russia as an equal partner given its growing monopolization of world trade. However, shared political obstacles with the EU and the US appear to be playing a role in the two nations stepping towards closer and closer political ties.