Home / WORLD / ‘Russia is NOT the enemy’: After failure in Afghanistan, Czech president calls on NATO to focus on terrorism instead of Moscow

‘Russia is NOT the enemy’: After failure in Afghanistan, Czech president calls on NATO to focus on terrorism instead of Moscow 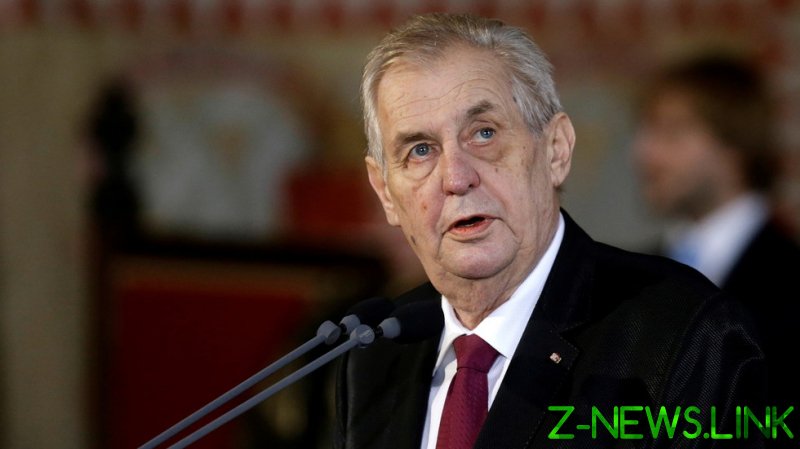 Zeman’s comments, given to Prague-based newspaper Parlamentní listy, echo remarks given by French President Emmanuel Macron in November last year, when he urged NATO leaders to shift focus away from Russia and China, noting that terrorism is a “common enemy” for all nations.

The Czech leader also slammed NATO for failing “dramatically” in Afghanistan but noted that he supported the war and the mission to beat Islamic terrorism. He claimed he told both US Presidents Donald Trump and Joe Biden during NATO summits that troop withdrawal was “cowardice.” The legitimacy of the bloc’s existence is now in question, he said.

The president’s criticism of NATO comes less than a week after militants from the Taliban entered the Afghan capital of Kabul and declared that they had taken control of the entire nation. The situation intensified following Washington’s decision to withdraw its troops from the country.

Zeman is a controversial politician in his home country and has been described as both pro-Russia and pro-China. Earlier this year, a group of Czech senators revealed they would be considering a lawsuit against the president after he expressed doubt over allegations that a Russian security service operation had been involved in blowing up an ammunition depot in 2014.

Last week, Moscow daily Vedomosti revealed that Czechia had become the biggest importer of Russian defense products in the entire world, spending $683 million in the first half of 2021. This outlay comes despite Prague being placed by Moscow on its official list of ‘unfriendly countries,’ alongside the US.a